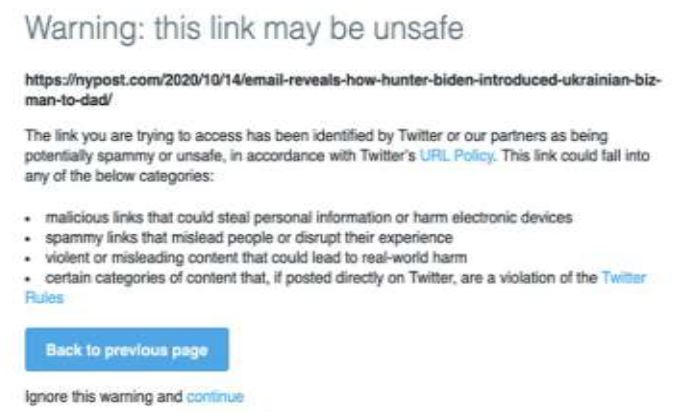 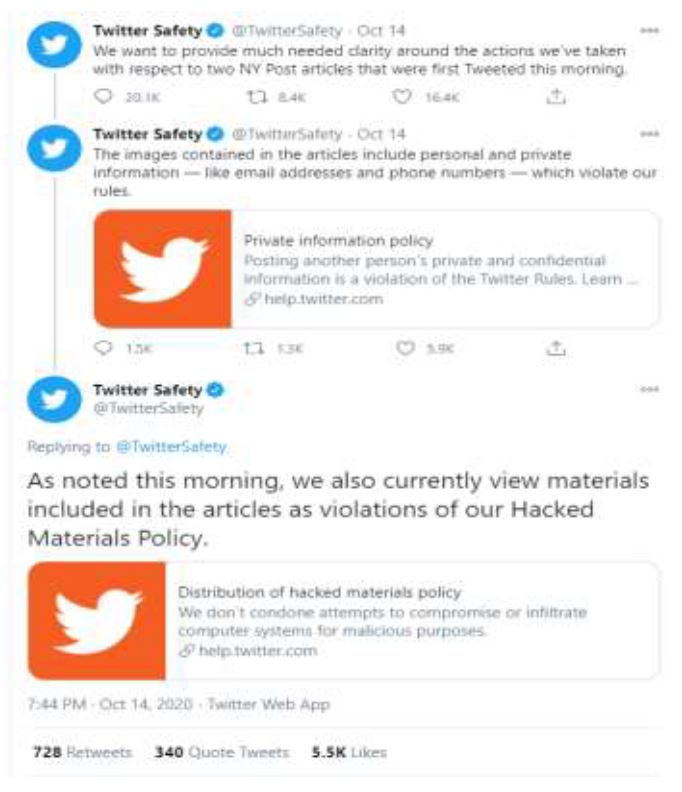 The plaintiff believed that Twitter’s statements mischaracterized him as a hacker. He sued Twitter for defamation per se.

This is an easy case. Twitter never named the plaintiff in its explanations. In defamation per se cases, the court can’t look outside the “four corners” of Twitter’s explanations for other information that allegedly reidentified the plaintiff. Within those four corners, “the only persons identified in the Explanations are the NY Post, Hunter Biden, ‘Ukranian biz man’ and ‘dad’—not Plaintiff, his business, or any other descriptive information that made Plaintiff’s identity readily ascertainable.” Thus, “the law will not subject Defendant to liability where it was ‘meticulous enough’ to preserve Plaintiff’s anonymity.”

Further deriding the plaintiff’s case, the court says it triggered Florida’s anti-SLAPP law, so the plaintiff must write a check to Twitter for defending the case. 💯 Once again, the Trumpist partisans who brayed that this case would punish Twitter for moderating content, and prove Pres. Biden’s corruption, proved their continued cluelessness about the law. Of course, it’s easier to hype a bogus lawsuit like this if you aren’t on the hook to reimburse Twitter for its high-priced lawyers. Maybe the plaintiff can use a GoFundMe to generate enough money to cover the fee shift.

In the anti-SLAPP discussion, the court says “the instant suit arose from Defendant’s protected First Amendment activity—i.e., preventing the dissemination of the NY Post Article on its platform for violation of its content moderation policies.” This is a reminder that content moderation activities, including content removal and contextualizing information, are core editorial functions protected by the First Amendment. This concords with the uncited NetChoice v. Moody ruling, and it reinforces the obvious conclusion that Florida’s social media censorship law is unconstitutional garbage.

While this is a positive ruling for Twitter, it’s a reminder that “explanations” of content moderation decisions are a potential liability trap. (Recall that Google learned this the hard way when it used an imprecise explanation for its “remove-and-relocate” policy and got hit with numerous lawsuits). Lawsuits like these, even if unmeritorious, discourage Internet services from providing explanations at all; or it spurs them to provide only generic or lightly detailed explanations that reduce any risk of liability. For those of you bashing Internet services for not explaining their content moderation decisions better, this case illustrates the headwinds you face.