Want to Write a Story About Tardigrades in Space? Make It So!–Abdin v. CBS

This is a fun opinion for four reasons. First, it deals with the always-interesting idea/expression dichotomy. Second, it deals with tardigrades, the cute microscopic “water bears” with extraordinary physical properties. Third, it deals with Star Trek, one of my favorite series. And fourth, the opinion incorporates numerous easter eggs for Star Trek fans.

The plaintiff created a videogame called Tardigrades (nee Epoch), which involved a tardigrade traveling in space. He complained about a 3-episode arc in Star Trek: Discovery, which included a space tardigrade named “Ripper.” Both narratives rely on well-documented scientific facts about tardigrades, such as their ability to survive in adverse conditions.

The court says “scientific facts are not copyrightable because they are part of the public domain and thus do not provide a basis for an infringement claim,” including their ability to survive in space. The court adds:

the extension of tardigrades’ known ability to survive in space into the ability to travel in space is an unprotectible idea….By permitting Abdin to exclusively own the idea of a space-traveling tardigrade, this Court would improperly withdraw that idea from the public domain and stifle creativity naturally flowing from the scientific fact that tardigrades can survive the vacuum of space.

The depictions of Adbin’s tardigrade and Ripper also materially differ:

Here, we have little trouble concluding that many of the alleged similarities in the parties’ works (e.g., the use of a space ship, space travel, and alien encounters) “are unprotectible elements that follow naturally from a work’s theme rather than from an author’s creativity.” Likewise, the basic idea of a tardigrade traveling in space is a natural extension of the tardigrades’ known ability to survive in space. Similarly, the idea of a tardigrade facilitating space travel is also unprotectible.

The court considered some superficial overlaps in the characters:

While the characters do share some traits such as hair color, race, and profession, the Videogame’s many characters have a wide range of physical traits and the suggestion that a copyright infringement claim can be based on such generic and common characteristics is “highly illogical.”

The court also discussed total concept-and-feel. The videogame is more about solving puzzles in space; the TV series draws upon and extends the rich Star Trek universe.

after extracting the unprotectible elements from Abdin’s Videogame — the scientific facts, general ideas, science fiction themes constituting scènes à faire, and generalized character traits — we hold that the Videogame and Discovery are not substantially similar because the protectible elements, as described above, are markedly different.

The opinion doesn’t break a lot of new doctrinal ground on the idea/expression dichotomy. Still, it’s a fun read, and it’s nice to see the court tell Star Trek: Discovery to: 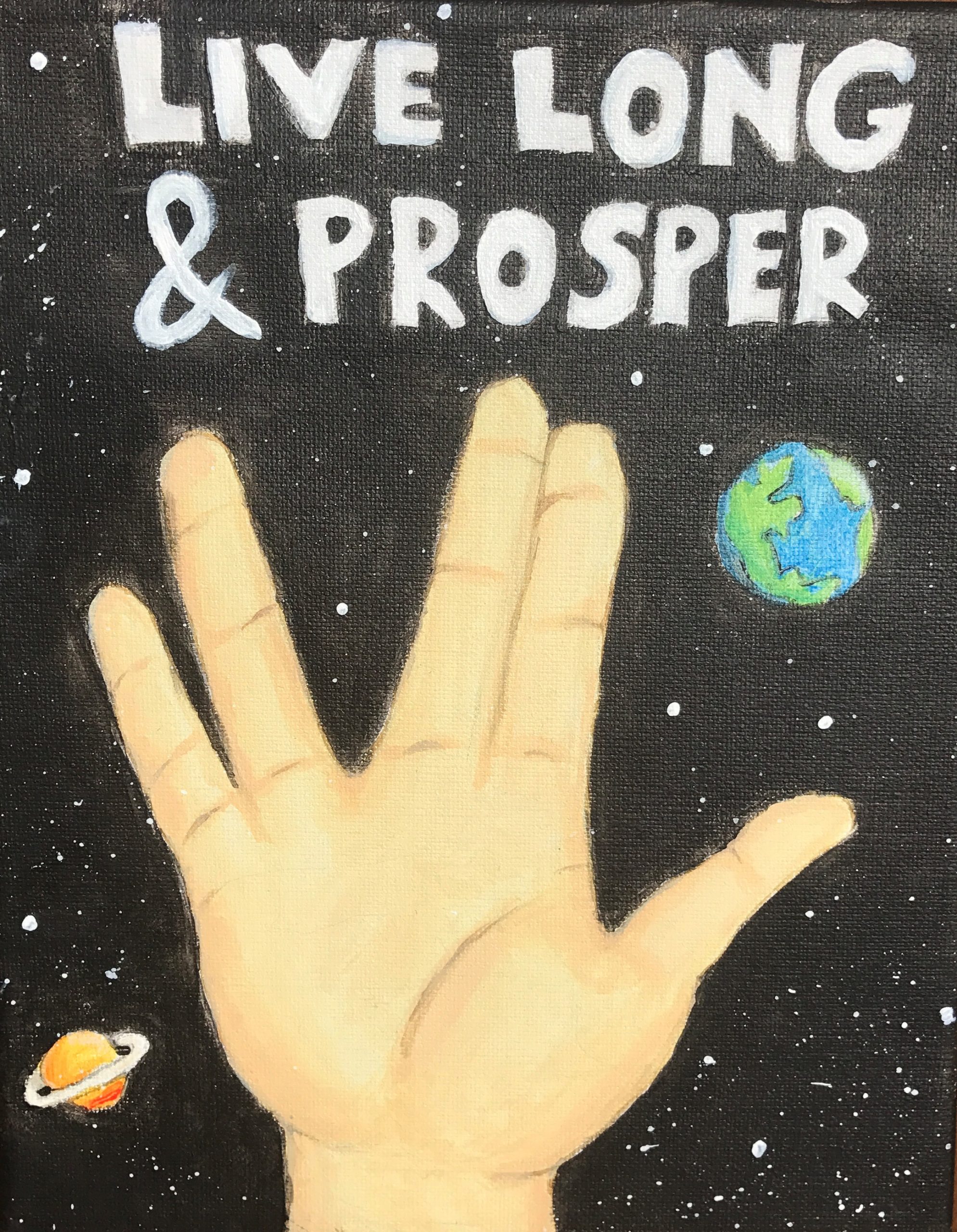 Some Star Trek Easter Eggs in the Opinion

A few of the gratuitous allusions in the opinion:

Plus, five links to StarTrek.com.

Spock gets 6 references in the opinion and Captain Kirk only gets 3. (Picard gets none). Spock’s father Sarek gets 2 references. Klingons are referenced 13 times and Vulcans 6 times.

I got the strong impression that the judge and clerks enjoyed working on this opinion.