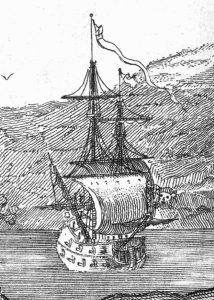 On March 23, the U.S. Supreme Court unanimously held in Allen v. Cooper,  No. 18-877, that states have sovereign immunity from claims of copyright infringement, and that 17 U.S.C. § 511, which purports to waive that immunity, is unconstitutional.

The result was not unexpected, but the unanimity was.  I previously wrote about the case at the time certiorari was granted.  In that post I wrote: “If the Justices vote along conventional political lines, one can predict a 5-4 decision affirming the Fourth Circuit at the Supreme Court level, following the opinions in Seminole Tribe and Florida Prepaid and holding that § 511 was not a valid waiver of sovereign immunity under § 5 of the Fourteenth Amendment.”  Instead, the Court reached unanimity by relying on stare decisis.

The majority opinion by Justice Kagan (for seven justices) emphasized stare decisis in holding that the case was not meaningfully different from Florida Prepaid Postsecondary Education Expense Board v. College Savings Bank, 527 U.S. 627 (1999), in which the U.S. Supreme Court held 5-4 that the Patent and Plant Variety Protection Remedy Clarification Act was unconstitutional.  The Copyright Remedy Clarification Act was enacted two years before the patent statute invalidated in Florida Prepaid, and its language is essentially identical to that statute, so it is hardly surprising that the majority held that the two statutes should be treated the same way.  Justices Breyer and Ginsburg, the only two of the four dissenting justices in Florida Prepaid who remain on the Court, concurred in the judgment, “recognizing that … the Court’s decision in Florida Prepaid controls this case,” while continuing to maintain that Florida Prepaid was wrongly decided.  (Justice Thomas joined all but two paragraphs of the majority opinion, writing for himself that stare decisis was not a sufficient reason to adhere to Florida Prepaid if it was “demonstrably erroneous,” but maintaining his view that Florida Prepaid was correct.)

Sovereign Immunity and Article I

I described the colorful facts of the case and the Court’s prior opinions on sovereign immunity in more detail in my prior post .  The next two paragraphs provide a brief summary:

Allen and his company, Nautilus Productions, were hired to document the archaeological exploration of the underwater wreck of Blackbeard’s flagship, the Queen Anne’s Revenge.  The State of North Carolina allegedly infringed the copyrights in some of the plaintiff’s photos and videos by posting them on its website.  The parties initially settled their dispute for $15,000; but when the alleged infringement continued, Allen sued the State of North Carolina and various state officials (including Governor Roy Cooper) in federal court. The District Court held that Congress had validly waived the state’s sovereign immunity, but the Fourth Circuit reversed, holding that Florida Prepaid governed and that the State had sovereign immunity from suit.

The Eleventh Amendment recognizes the principle that states have sovereign immunity from suit in both state and federal court.  In Seminole Tribe of Florida v. Florida, 517 U.S. 44 (1995), the Supreme Court held 5-4 that Congress lacked power under Article I of the U.S. Constitution (specifically, the Commerce Clause) to subject states to suit in federal court.  In Florida Prepaid, the Court likewise held that the Intellectual Property Clause did not provide a valid basis for a Congressional waiver of sovereign immunity.  The sole exception in Article I is the Bankruptcy Clause; waiver of sovereign immunity was upheld in Central Virginia Community College v. Katz, 546 U.S. 356 (2006), with Justice O’Connor joining the four dissenters in Seminole Tribe.

In Allen, the plaintiff argued that the case should be governed by Katz rather than Florida Prepaid.  The Court rejected the argument, saying “everything in Katz is about and limited to the Bankruptcy Clause.”  [Slip op. at 7]  At the time of the founding, jurisdiction over bankruptcy cases was primarily in rem rather than in personam, and the first Bankruptcy Act expressly ordered states to release certain debtors.  [Slip op. at 7-8]  “Our decision [in Katz] viewed bankruptcy as on a different plane, governed by principles all its own.” Thus, the majority reaffirmed that Katz was a “good-for-one-clause-only holding.”  [Slip op. at 9]  And because Florida Prepaid had already ruled out the Intellectual Property Clause, stare decisis prevailed.

Sovereign Immunity and the Fourteenth Amendment

In Florida Prepaid Postsecondary Education Expense Board v. College Savings Bank, 527 U.S. 627 (1999), the Court held 5-4 that although patents are “property,” the Patent and Plant Variety Protection Remedy Clarification Act was not the type of “appropriate legislation” authorized by § 5 of the Fourteenth Amendment. The Court stressed that the legislation was not based on a finding of a pattern of patent infringement by the states, nor on a determination that such state patent infringements as did occur rose to the level of a due process violation.

In Allen, the Court acknowledged that, like patents, “[c]opyrights are a form of ‘property.’”  [Slip op. at 11]  The Court clarified, however, that “a merely negligent act does not ‘deprive’ a person of property[, so that] … an infringement must be intentional, or at least reckless, to come within the reach of the Due Process Clause.”  [Id.]  Moreover, a State cannot violate the Due Process Clause “unless it fails to offer an adequate remedy for an infringement.”  [Slip op. at 11-12].  (Exactly how a state could offer an adequate remedy for infringement, when federal courts have exclusive jurisdiction over both patent and copyright infringement suits, remains unclear. In Allen, the Court suggested that a breach of contract or unjust enrichment lawsuit might suffice.  [Slip op. at 15])

In Florida Prepaid, Congress identified only two instances of patent infringement by a state, and the lower courts found only seven other instances. None were found to be intentional or reckless.  Thus Congress’s response, subjecting all states to all claims of patent infringement without regard to intent or to any post-deprivation remedies, was held to be “out of proportion” to any Due Process violation.  [Allen, slip op. at 12-13]  In Allen, the record before Congress was only slightly better.  Then-Register of Copyrights Ralph Oman identified only a dozen instances of copyright infringement by states, only two of which were intentional or reckless.  [Slip op. at 14-15]  As in Florida Prepaid, there was nothing in the record about any state-law remedies for any alleged deprivations.  [Slip op. at 15]  Thus, “as in Florida Prepaid, the law’s ‘indiscriminate scope’ is ‘out of proportion’ to any due process problem.” [Id. at 16.]

The Court concluded its opinion by suggesting that Congress could “pass[] a valid copyright abrogation law in the future,” by “linking the scope of its abrogation to the redress or prevention of unconstitutional injuries.”  [Slip op. at 16]  (Justice Thomas refused to join this paragraph.)  But unless and until Congress does so, how is a copyright owner supposed to obtain redress for infringements committed by a State?  There are three possibilities:

First, under the doctrine of Ex Parte Young, 209 U.S. 123 (1908), a copyright owner can still sue a state in federal court for a prospective injunction requiring state officials to cease a continuing violation of federal copyright law. See, e.g., National Ass’n of Boards of Pharmacy v. Bd. of Regents of the Univ. Sys. of Georgia, 633 F.3d 1297, 1308-12 (11th Cir. 2011).  In Allen, however, the alleged infringing conduct had ceased, so the Fourth Circuit dismissed the claim seeking an injunction.  895 F.3d 337, 354-55 (4th Cir. 2018).  (The Fourth Circuit’s opinion is available here.) It is interesting that the Supreme Court’s opinion in Allen did not even mention Ex Parte Young, which makes one wonder whether some of the justices might be reconsidering this long-established exception to state sovereign immunity.

Second, some courts have held that actions for damages may be maintained against state officials in their individual capacity.  State officials are entitled to qualified immunity, however, unless their actions violated “clearly established” law.  See, e.g., National Ass’n of Boards of Pharmacy v. Bd. of Regents of the Univ. Sys. of Ga., 2008 U.S. Dist. LEXIS 32116, at *65–*81 (M.D. Ga. Apr. 18, 2008), aff’d in part, vacated and remanded in part, 633 F. 3d 1297 (11th Cir. 2011).  In Allen, for example, the Fourth Circuit concluded that the North Carolina officials were entitled to qualified immunity because “reasonable officials … would not have understood beyond debate that their publication of the material violated Allen’s rights under the Copyright Act.”  895 F.3d at 357 (emphasis in original).

Third, a copyright owner could file an inverse condemnation suit against a state, seeking “just compensation” (but not an injunction) for an alleged “taking” of property under the Fifth Amendment.  In Knick v. Township of Scott, Pennsylvania, 139 S.Ct. 2162 (2019), the Supreme Court ruled 5-4 that a “takings” claim may be filed in federal court under 42 U.S.C. § 1983, without having to exhaust state remedies by first filing a claim in state court for inverse condemnation.  In University of Houston System v. Jim Olive Photography, 580 S.W.3d 360 (Tex. App. 2019), however, The Texas Court of Appeals held that copyright infringement is not a “taking” within the meaning of the Fifth Amendment.  Instead, because the use of a copyrighted work is non-rivalrous, an infringement is analogous to a common-law trespass — a governmental interference with property, but not the destruction of “virtually all” of the property’s value that would be needed to demonstrate a “taking.”

In Allen, the plaintiffs alleged that a recently-enacted North Carolina statute purported to make all underwater photographs and video in the state’s possession a “public record.”  If that statute is construed to put the photos and video in the public domain, as the plaintiff alleged, then it might well constitute a “taking” of property under the Fifth Amendment.  But a more reasonable construction is that the statute only provides public officials with a defense to copyright infringement.  If so, then Allen can still enforce his copyrights against non-governmental officials, so he retains much of the value of his property and there is no “taking.”  But even if the former construction is correct, the question remains whether the doctrine of claim preclusion (or res judicata) would prevent Allen from now filing a new claim in state court.

Allen v. Cooper did nothing to change the law of copyright infringement.  All of the Courts of Appeals that had addressed the issue had concluded that the Copyright Remedy Clarification Act was unconstitutional under Florida Prepaid, and that states had sovereign immunity to claims of copyright infringement.  The Supreme Court merely confirmed what seemed like a foregone conclusion.  (One wonders why at least four of the justices thought the case was interesting enough to grant certiorari.)  And while the Court’s opinion suggested that Congress could enact a valid waiver of state sovereign immunity, there is nothing to suggest that Congress will attempt to do so anytime soon.

The only options left to copyright owners for infringements committed by state officials are a possible injunction to halt a continuing infringement under Ex Parte Young, and a possible suit for damages against the individual tortfeasor(s).  Under qualified immunity, however, it appears that copyright owners can only recover damages for intentional infringements with no plausible claim of fair use.  Those sorts of infringements are likely to be few in number.  So even though the Supreme Court has confirmed that states have sovereign immunity from claims of copyright infringement, the case that began with the discovery of the wreck of Blackbeard’s flagship seems unlikely to launch a new era of state-sponsored copyright “piracy.”