A Blog’s RSS Feed May Not Grant an Implied Copyright License–MidlevelU v. Newstex 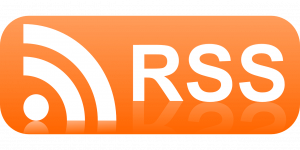 MidlevelU publishes a blog on nursing topics. Like most blogs, it contains an RSS feed. Newstex subscribed to the RSS feed and republished the blog posts as part of its now-defunct subscription service called “Scholarly Blog Index.” MidlevelU sued Newstex for copyright infringement. The court denied Newstex’s summary judgment motion.

Implied License. The question of whether an RSS feed creates an implied license is a venerable one. I first blogged the issue 15 years ago. In 2013, an Israeli court held that an implied license excused republication of content from the RSS feed.  However, a US court hasn’t definitively resolved this issue.

Newstex invoked the implied license defense, citing Parker v. Yahoo and Field v. Google, both of which essentially found implied licenses when websites didn’t include a no-index tag. The court says that blogs and search engines may be different, and language in the Field case and Righthaven v. Choudry suggest the RSS issue isn’t clear. As a result, the court denied summary judgment to Newstex. Like the prior two cases, this ruling doesn’t confirm that RSS feeds don’t grant an implied license, but it points in that direction.

Framing. Continuing its tour of 2000s-era Internet law, the court next addresses whether Newstex’s frame over MidlevelU constitutes copyright infringement. This issue nominally was resolved by the Perfect 10 v. Amazon ruling in the defense’s favor, However, the court sidesteps that ruling because some evidence suggested that Newstext hosted the content, and that precludes summary judgment.

The Trial. This ruling opened the door for a trial. The jury largely ruled for MidlevelU, It found 43 acts of infringement, 27 of which were willful and qualified for statutory damages. The jury awarded $7,500 per infringement, for a total damages award of $202,500. The case is now awaiting the judge’s ruling on a fee award. Newstex unsuccessfully asked to appeal the case pre-trial, so an appeal seems probable.

Disclosure: my blog is syndicated through Newstex, and they pay me for their license (something like $2/month, but still greater than zero).