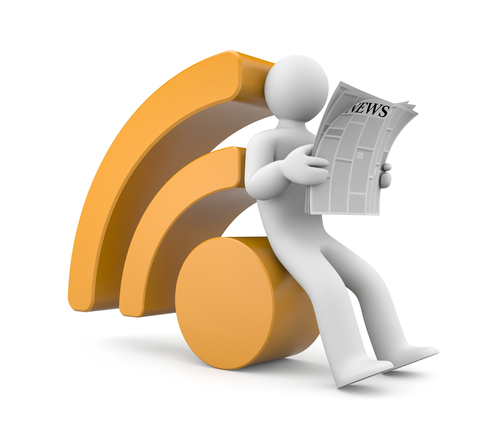 Aggregation of content through RSS feeds has been a big issue every since websites began to use RSS to distribute their content. See, e.g., Prof. Goldman’s discussion of the issue in 2005. Still, we haven’t had much legal guidance explaining when an aggregator can safely integrate RSS feeds and act as a web-based RSS reader.

Apfeldorf brought copyright infringement claims against Yitzhak and its website for republishing his RSS feed. Yitzhak owns one of Israel’s more interesting websites, News First Class (News1),which reports on public corruption, freedom of information and other issues. News1 also is one of the only websites that publish source court documents related to news articles.

News1 also aggregates blogs from Israeli blogosphere, indexes them according to subjects and subject matters, and then links to the blog posts. News1, in the relevant period, indexed Apfeldorf’s RSS feed. Because this process was automated, News1 republished Apfeldorf’s articles in full because they were gathered from his RSS feed. After Apfeldorf found out, he contacted News1 and asked them to remove the content, compensate him and cease syndication. News1 stopped syndicating his blog and removed its content, but it did not compensate Apfeldorf. Therefore, Apfeldorf sought 200,000 ILS (around $50,000 USD) in statutory damages.

The court made two different and interesting rulings. The first, based on Dr. Yuval Dror‘s expert testimony, is that RSS facilitates syndication, so by offering the RSS feed and encouraging sharing of blog posts through social media buttons (such as the Facebook share), Apfeldorf waived the right to enforce his intellectual property rights:

The plaintiff testified that he was aware that technically the RSS allows withdrawal of headers and content from the blog, when he did not choose the default of using only headers and allowed headers and full text from the blog. Moreover, the plaintiff installed icons that allowed sharing of content from the blog in social networks and sharing through other sites. By doing so, the plaintiff declared, explicitly, that it means to disseminate the content in the blog, to the possible extent. […] By installing the RSS protocol there is not waiver of the author on the protections granted by law to his works and you cannot determine that the installation of the RSS by itself means that there is a waiver of protection thereof and a license to copy the works. […] The plaintiff did not choose a default where the RSS feed shall solely distribute headers, but also the full text, and therefore, the posts were downloaded in full, and this is a statement by the plaintiff about his conduct and wish to distribute his words. Under these circumstances, I rule that examining the plaintiff’s conduct under the microscope of current internet practices indicates the conclusion that the plaintiff, by his conduct, waived the protection granted by law“

The court also ruled that even if News1 was infringing, its activity may be fair use; and if the feed is used alongside credit to the original author (and possibly a link), then fair use may be asserted.

This ruling is somewhat logical if you know RSS feeds, and it is consistent with new copyright norms. Raghu Seshadri wrote about the subject (footnotes omitted):

Under copyright law “the creator of the RSS feed retains, automatically, all copyrights in the content in the feed and retains all rights in its republication, use as a derivative work, and so forth.” Yet, users are copying these feeds and including them on their own web sites. This has naturally raised an infringement issue with experts arguing for and against finding infringement. In addition, the RSS “community is speaking, to large extent, by creating a norm around syndication and aggregation which is very important.” Here the applicable distribution medium architecturally permits other sites to publish RSS feeds. Thus a technology based license would allow such uses unless and until the copyright owner either expressly reserves their rights or revokes such a license.

Raghu Seshadri, Bridging the Digital Divide: How the Implied License Doctrine Could Narrow the Copynorm-Copyright Gap.

Does this ruling mean that the AFP lawsuits against news aggregators may come to an end? Maybe. What is most surely mean is that if you are a website (or the legal counsel of a website) you should begin to think about adding a specific license to the RSS feed (or adding something about it in the website’s terms of service), especially if you are offering a full-text feed. In other words, to overcome the “implied license in RSS” presumption, you must take a proactive approach.