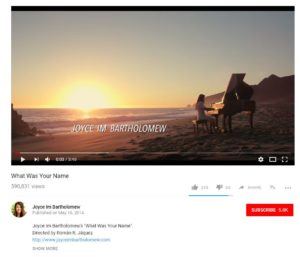 YouTube has been sued numerous times for “removing-and-relocating” videos it thinks were promoted by spam. When it does a remove-and-relocate, YouTube takes down the video, discloses at the original URL that “This video has been removed because its content violated YouTube’s Terms of Service” with a link to YouTube’s “Community Guidelines Tips” page, and then allows the reuploading of the video at a new URL. The relocation of the video kills the existing comments, resets the view counter, and breaks any inbound marketing links, so it can vex uploaders–enough to occasionally make them litigious.

Some of the legal friction comes from YouTube’s imprecise disclosure about the removal. In the cases where YouTube suspected spamming to promote the video, YouTube didn’t technically remove the video because of “its content.” I still don’t understand why YouTube didn’t immediately fix this language to make it more general. Despite the language’s imprecision, the litigant’s real beef typically is with YouTube’s decision to remove the video, not the disclosure about the removal, and I think YouTube should have the right to police its premises as it sees fit.

Bartholomew experienced a remove-and-relocate. She claimed that the link to the Community Guidelines Tips, which list various nefarious activities, defamed her. The court disagrees: “the central problem with Bartholomew’s analysis is her failure to allege how the hyperlink would be viewed as defaming her personally.”

Bartholomew referenced the Adelson v. Harris ruling as evidence that hyperlinks provide meaning by acting as citation/support for the associated claims. In other words, arguably the linker implicitly incorporates the linked content by reference. This prompts the court to explain what hyperlinks mean:

hyperlinks are used in so many different ways that it is practically impossible to describe their impact in any general way and the effect of each should be judged according to its own context. They can be used, for example, to refer the viewer to more specific information about the subject being discussed on the originating page. But, as here, a hyperlink can also be used to provide access to a webpage with information more general and less specific than was available on the originating page.

We believe an Internet user with a reasonable working knowledge of the how internet hyperlinks work would have understood that the list on the Community Guideline Tips page is in fact general—that no one particular offense could be reasonably read to apply to Bartholomew’s video and that the categories applied to the many thousands of videos that YouTube might have had to remove for any number of reasons.

(If you are a hardcore defamation geek, I encourage you to check out the court’s discussion of how “ejusdem generis” doesn’t help broaden the nefarious acts listed in the Community Guidelines to make any of them defamatory of Bartholomew).

YouTube’s statement “This video has been removed because its content violated YouTube’s Terms of Service” isn’t itself defamatory because YouTube’s terms of service are so long and expansivethat it’s impossible to assume she did something condemnable.

YouTube will eventually win all of its remove-and-relocate cases, but they have proven harder and more expensive than I would have expected.