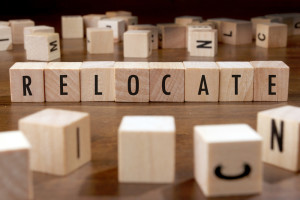 Most of us uploading YouTube videos aren’t deeply invested in their continued availability. If YouTube removed our videos or relocated them to a different URL, we might be puzzled why but otherwise would probably shrug our shoulders. However, YouTube is the birthing ground for the next generation of music stars, and there’s a lot of money to be made from a successful viral YouTube video. When YouTube removes or relocates a video that an emerging star is investing in some marketing muscle to promote, it can disrupt the musician’s economic expectations–and, in theory, their hopes and dreams. Can YouTube make these remove/relocate decisions capriciously, or could it face legal liability for the decisions?

Several pending lawsuits against YouTube allege that it made remove-and-relocate without sufficient justification or that YouTube’s public characterization of the remove-and-relocate was misleading. YouTube won the most recent court ruling, but not as decisively as it would have liked–and with a few choice words from the judge as well.

A singer, Darnaa, posted a video to YouTube called “Cowgirl” (not my kind of music or video, but maybe you’ll feel differently). Allegedly, YouTube claimed she artificially inflated the view count, removed the video, relocated it to a new URL that restarted the view counter at zero, and publicly disclosed at the old URL that the video was removed because its content violated YouTube’s terms of service. Darnaa sued YouTube for a variety of claims, and the court dismissed her lawsuit but gave her a chance to try some of the claims again.

The court makes several rulings favorable to YouTube. For example, the judge notes that Darnaa was complaining about a free service, and the judge suggests that those service providers should get a little extra leeway in drafting their terms of service:

Because YouTube offers its hosting services at no charge, it is reasonable for YouTube to retain broad discretion over those services and to minimize its exposure to monetary damages.

The judge also rejected Darnaa’s defamation claim, saying “in the absence of any detail about the type of violation that allegedly underlying the removal, a notice that a ‘video has been removed for violation of the YouTube Terms of Service’ cannot constitute defamation per se.” (See also the Bartholomew case).

More generally, the judge dismissed all of Darnaa’s claims because YouTube’s Terms of Service require lawsuits to be filed within one year, a shorter period than the default statutes of limitation, and Darnaa allegedly took too long (she sued first in state court, which explains the delay). Although the judge gave Darnaa a chance to plead around this clause, YouTube’s contract trick has the potential to categorically kill her lawsuit. If you are in charge of drafting your company’s user agreements, you might want to think more about the pros and cons of contractually shortened periods to bring lawsuits.

Still, the news isn’t all good for YouTube. The court questioned whether YouTube had satisfied the covenant of good faith and fair dealing that is implied in every contract, and the court (echoing an opinion in a similar case) called the YouTube Terms of Service “inartfully drafted” and ambiguous such that it does not clearly permit YouTube to remove and relocate users’ videos.

I expect YouTube eventually will win this case and the other “remove and relocate” cases (such as the Song Fi, Lewis and Bartholomew cases (1, 2)), but I expected these cases would be easier for YouTube to win. The fact that YouTube is slogging through courts makes me wonder what, if anything, YouTube should have done differently to make its cases easier or to avoid court altogether.

In particular, I’m a little disappointed that the opinion didn’t mention 47 USC 230(c), the federal law that says websites aren’t liable for third party content (in Section 230(c)(1)), and even more apropos, that websites aren’t liable for their filtering decisions (in Section 230(c)(2)). In the similar Song Fi v. Google case, a court previously held that Section 230(c)(2) didn’t apply when YouTube objected to view count inflation, not the video’s content itself. That unfortunate ruling highlighted Section 230(c)(2)’s weaknesses as a safe harbor, but I hope it wasn’t the final ruling on the matter. Meanwhile, a more recent Facebook ruling found Section 230(c)(1) protected Facebook’s decision to block user content. It seems like Section 230 ought to speed up these cases for YouTube, yet it’s not helping.

Assuming YouTube ultimately prevails on these cases, or at least changes its Terms of Service to increase its odds of future courtroom success, these cases remind us that users face risks when making investments to promote assets stored with a cloud service provider. Whether you pay the cloud service provider or not, the cloud service provider’s policies and practices can easily moot those investments with little recourse, judicial or otherwise. This is a basic law of content publication that hasn’t changed for hundreds of years. If you want to control your destiny as a content publisher, you can’t rely on third party intermediary publishers–but then you have to generate your own audience. Or if you want to piggyback on the audience aggregated by third party intermediary publishers, then you have to accept their dominion, however capricious it may seem.

← Hackers Could Take Control Of Your Car, But You Can’t Sue Carmakers For That Risk (Forbes Cross-Post)
Senate Passes Consumer Review Freedom Act →
Subscribe to Blog via Email
Categories