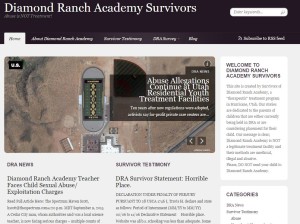 Diamond Ranch Academy runs a “residential youth treatment facility” in Utah. Chelsea Filer (nee Chelsea Papciak) runs a website, DRASurvivors.com, critical of Diamond Ranch Academy. Diamond Ranch Academy sued her for defamation and tortious interference in Utah. For reasons not revisited in this opinion (but resolved in a prior opinion), the court concluded that California’s anti-SLAPP law could apply to the case. In the latest ruling, the court partially grants Filer’s California anti-SLAPP motion to strike but denies attorneys’ fees to both sides (even though I believe Filer nevertheless should get attorneys’ fees for the pieces she won–see, e.g., Wong v. Jing). Among other interesting things, the opinion addresses the statute of limitations, the single publication rule, what constitutes “republication” of previously published content, and how much evidence a plaintiff must present to survive an anti-SLAPP motion to strike. If you’re interested in such things, I hope you’ll read the entire opinion.

This post will focus only on the court’s Section 230 discussion. Filer explained that “DRASurvivors.com also includes an ‘About Diamond Ranch Academy’ page, which summarizes many of the core complaints about DRA in a format that is more digestible than reading through many separate survivors’ testimonies.” Consistent with the court’s skepticism about the anti-SLAPP defense, the court doesn’t find this argument very persuasive to a Section 230 defense:

“Adopting” third party statements is a standard plaintiff allegation to end-run Section 230, but here, the court implies that (1) there was a lack of appropriate quotation marks or other signals to adequately indicate the presence of third party content and (2) that matters to Section 230.

The court continues with a perplexing discussion about survey instruments (cites omitted):

many of the third-party statements she uses do not retain their original form. She did more than simply post whatever information the third parties provided. She elicited statements through two surveys that contained specific questions to gather information about specific issues. The first was titled “‘DRA Survey’ that asked individuals about their experiences at DRA in general.” The other was titled “‘O&A Survey,’ which was specifically focused on the initial ‘Homeless’/’Observation and Assessment’ level at DRA. “Each question in the surveys was about a specific issue, such as meals, restraints, and strip searchers.” This is another reason that Ms. Filer is not entitled to immunity under the CDA. (cites to Roommates.com, Carafano and the (overturned!) district court ruling in Jones)

This is inscrutable, and I have to imagine the court is thinking about facts it doesn’t explicitly reference in this short passage. Using a survey instrument to gather third party comments that are republished verbatim should be immaterial to Section 230, even if the survey asks questions about potentially troublesome topics like “restraints” and “strip searches.” I could see more of a Section 230 problem if the survey requires the use of pulldown menus that will be false, e.g., a question “how were you restrained?” where the pulldown menus only give restraint options when not everyone was actually restrained. It could also be a problem for Section 230 if the survey results are published in aggregate instead of republishing the submissions verbatim, e.g., “76% of survey respondents say they were restrained,” but even then, there still might not be defamation liability. See, e.g., Seaton v. TripAdvisor (press release ranking of “dirtiest” hotels wasn’t defamatory).

The court’s concluding statement makes more sense: “DRA’s allegations focus on publications that are, at a minimum, summaries of third-party statements with Ms. Filer’s editorial comments and her own opinion. Ms. Filer is not entitled to the exemption in the CDA for statements in articles she authored.” (Of course, there shouldn’t be any defamation liability for Filer’s opinions).

Overall, this ruling appeared fairly solicitous to the plaintiff. This might reflect facts not fully vetted in this opinion that perhaps the court thinks Filer really went too far. I think the more likely scenario is that the court was uncomfortable and unfamiliar with California’s broad/sweeping anti-SLAPP law, which often leads to quick defense wins even in cases with contested facts. It wouldn’t surprise me if a California court, more familiar with California’s anti-SLAPP law, would have given a lot more anti-SLAPP credit to Filer. So even though Filer won the battle to get California’s anti-SLAPP law to apply to this case, having the case heard in a Utah court appears to have partially undercut that victory. Further, it seems like the court’s skepticism about the anti-SLAPP law’s applicability tainted the Section 230 discussion.

As for Section 230, the court’s short discussion leaves some unanswered questions. Would this court have accepted a Section 230 defense if Filer had only quoted third party comments verbatim, rather than summarized them, on the About page? Note the Roca Labs v. Consumer Opinion Corp. ruling, where Section 230 applied when PissedConsumer tweeted quoted excerpts from third party reviews. Would this court accept Section 230 when user comments are generated through a scripted form rather than a single free-text box? It shouldn’t matter but perhaps the script details make a difference to that analysis.

Final note: this case brought to mind Life Designs Ranch v. Sommers, another case involving a treatment facility suing a griper. I also saw more lawsuits in the dockets involving Diamond Ranch Academy (on both the plaintiff and defense side) than I might have expected. I wonder if the niche of treatment providers is ramping up as another pacesetter for online litigation.