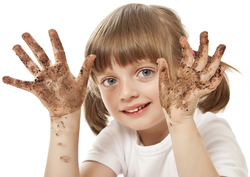 TripAdvisor published a list of the “Dirtiest Hotels” based on users’ rankings, including some unflattering quotes from users’ reviews. One of the listed hotels sued TripAdvisor for defamation and related claims. Last year, the district court ruled in favor of TripAdvisor. This week, the Sixth Circuit affirmed.

The appeals court says the “dirtiest” characterization isn’t a factual statement for two reasons. First, the characterization is “rhetorical hyperbole.” Second, the “general tenor” of the list “undermines any impression that TripAdvisor was seriously maintaining that Grand Resort is, in fact, the dirtiest hotel” because TripAdvisor clearly communicates that the rankings are derived from its users’ subjective opinions. Even though TripAdvisor quoted user statements that sounded factual (e.g., the plaintiff’s bathtub had a half-inch of dirt and lots of hair), those statements didn’t convert TripAdvisor’s characterization into a statement of fact. The court says:

Readers would, instead, reasonably interpret these as entertaining examples of the specific experiences of two of TripAdvisor’s users.

As usual, there were no consumer surveys or other empirical evidence supporting the court’s intuition of how readers would interpret the statements. This is consistent with the squirrelly and unpredictable nature of the fact/opinion distinction in defamation law, which typically relies on judicial intuition and therefore lacks rigor.

More generally, the court recognizes the problems with attacks on websites’ efforts to provide useful metadata:

“top ten” lists and the like appear with growing frequency on the web. It seems to us that a reasonable observer understands that placement on and ranking within the bulk of such lists constitutes opinion, not a provable fact

While I agree, the court doesn’t give us any methodology to distinguish those (rare?) situations where the list preparer does make provable fact statements rather than opinions. As a result, this area of the law will remain muddled and unpredictable.

Finally, the plaintiff argued that TripAdvisor used a “flawed methodology” when compiling its rankings. The court dismisses the argument because the rankings were subjective opinions, which makes the methodology used to form the opinions effectively irrelevant. Taking the court’s conclusion to its logical extreme, TripAdvisor could have used a defective or even corrupt methodology and still not be liable for defamation because the “dirtiest” label could never be defamatory. I don’t think the court meant this; I have to imagine that if TripAdvisor maliciously characterized the cleanest hotels (as ranked by users) as the “dirtiest,” I think a court would look more closely at the effects of that mistake.

Overall, I like the court’s result but I don’t love how the court got there. The court would have benefited from addressing James Grimmelmann’s article on user ratings, which taxonomizes the different ways that rankings can be false. Still, the weak judicial analysis—in both this ruling and the lower court ruling—indicates that the plaintiff really wasn’t very close. The courts are really saying that they don’t want to see lawsuits over compilations of user ratings and comments, even if judges can’t easily find persuasive words to explain why.

Note: I own a small number of TripAdvisor shares