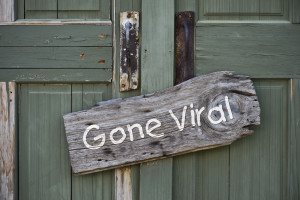 Tauheed Epps is a rapper known as “2 Chainz”. While backstage at one of his concerts, he allegedly filmed plaintiff while walking around backstage with his entourage, and repeatedly called her a “THOT” (which stands for “That Hoe Over There”). The video, which was posted using the #isthatyothot hashtag, went viral and allegedly generated millions of views. As a result, plaintiff claims she was fired from her job and suffered embarrassment, public ridicule, inability to find employment, and mental anguish. She sued, asserting claims for defamation, IIED, and deceptive trade practices. Unfortunately for her, she proceeded pro se.

The incident occurred in early 2014, and she was fired from her job on April 3, 2014. North Carolina has a one year limitations period for defamation claims. Although she filed the lawsuit in March 2015, due to a snafu with the summons and service of the summons, the lawsuit was not deemed commenced until June 2015. As a result, her defamation claim is time-barred.

This could have been a case with interesting angles from the publicity rights standpoint, but it fizzled due to procedural snafus (and plaintiff’s pro se status). On the one hand, the case presents questions about what type of consent someone in 2 Chainz’s position should procure. On the other hand, as Judge Kozinski said in reference to another case, “[i]n the Age of YouTube, there’s no need to take [either party’s] word for it”. TMZ posts a link to the video and it does not shed a sympathetic light on plaintiff’s case. (The court surprisingly did not highlight the video.) The backstage area has a restricted entry but there are a lot of people there; 2Chainz (or his crew) says the episode will be posted online; and plaintiff at times hams it up for the camera (even offering up her instagram handle). Hard to not view that as implied consent.

The court’s conclusion that filming someone, calling them a “hoe”, and publishing the video for the world to see is not outrageous will raise some eyebrows. Maybe that conduct does not fit the court’s definition of outrageous, but I can certainly see reasonable minds disagreeing on that point.