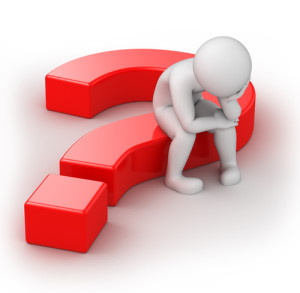 When a consumer asks a retailer for a product the retailer doesn’t carry, how should the retailer respond? A recent federal appellate court opinion suggested that Amazon.com gave the wrong answers to consumers searching for a watch brand that it didn’t carry. 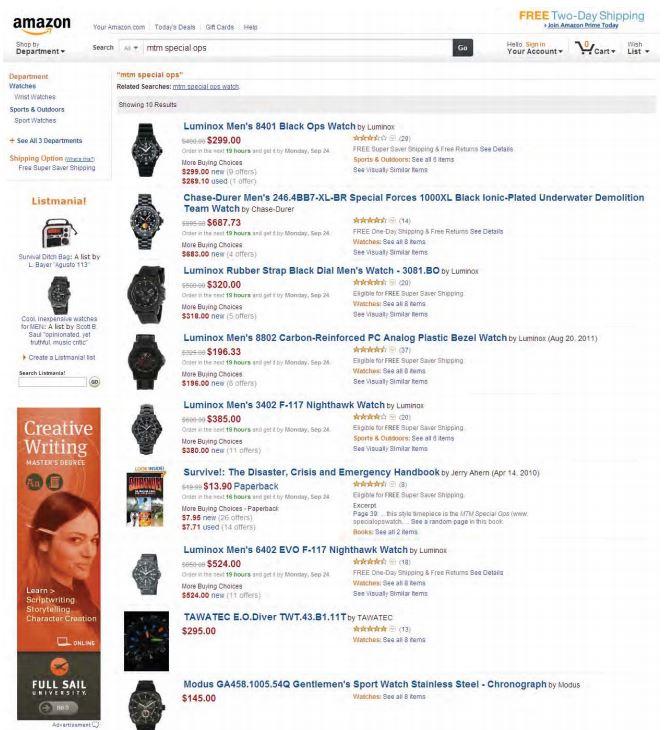 Amazon’s disclosures on its internal search results page differ from competitors Buy.com and Overstock.com, both of whom “clearly announce that no search results match the ‘MTM Special Ops’ query and those websites do not route the visitor to a page with both MTM’s trademark ‘MTM Specials Ops’ repeatedly at the top and competitors’ watches below. Their pages show the search query playback but then forthrightly state that no results for the ‘MTM Special Ops’ search query were found, and then list competitors’ products.”

The majority opinion focuses on a much-criticized trademark doctrine called initial interest confusion. The Ninth Circuit has had a dozen or so cases addressing initial interest confusion, and its handling of the doctrine has vacillated wildly. In 1999, the Ninth Circuit adopted an exceptionally (and, in my opinion, unreasonably) overbroad definition of the concept. This led to a series of tortured and inconsistent rulings until 2011, when the Ninth Circuit adopted a more constrained definition that virtually killed the doctrine.

In this case, the Ninth Circuit bypasses its 2011 definition and instead defines initial interest confusion from a 2004 ruling:

Initial interest confusion occurs not where a customer is confused about the source of a product at the time of purchase, but earlier in the shopping process, if “customer confusion . . . creates initial interest in a competitor’s product.”

What a terrible definition! It potentially implicates a wide variety of standard, well-accepted, and socially beneficial retailing practices, such as the sale of house-branded products that are similarly labeled to, and positioned immediately adjacent to, mass-marketed products. I’ve cataloged more examples of ways retailers legitimately use third-party brands for merchandising practices in this article.

Using the lousy 2004 definition, the majority says that:

A jury could infer that the labeling of the search results, and Amazon’s failure to notify customers that it does not have results that match MTM’s mark, give rise to initial interest confusion.

Because Amazon’s search results page clearly labels the name and manufacturer of each product offered for sale and even includes photographs of the items, no reasonably prudent consumer accustomed to shopping online would likely be confused as to the source of the products….The search results page makes clear to anyone who can read English that Amazon only carries the brands of watches that are clearly and explicitly listed on the web page. The search results page is unambiguous.

Given the split vote and the Ninth Circuit’s 15 year struggle trying to define initial interest confusion, this case is a good candidate for an en banc rehearing. We’ll have to see if Amazon requests that. Even without en banc relief, Amazon could still win the jury trial, especially because both opinions acknowledged MTM’s difficulty showing that any consumers had been actually confused.

* Limited to internal search results. The opinion sidesteps its broader implications for offline retailers and search engine keyword advertising, but I think the ruling only applies to internal search engines run by online retailers. The other circumstances likely involve sufficient disclosures to consumers or other signals making the relationship between the trademark owner and rivals clear.

* Easy to fix. All Amazon would have had to do to avoid liability is expressly say that it doesn’t carry MTM’s watches. Presumably Amazon ran A/B tests showing that it makes more money without such disclosure, but a complete solution to the majority’s opinion is technically and legally simple to implement.

* Initial interest confusion revitalized. I don’t believe any trademark owner has won on initial interest confusion grounds since 2011, and many trademark experts considered the doctrine dead. This opinion potentially resurrects the doctrine like a zombie. That’s an unfortunate development. The initial interest confusion doctrine is solely based on judicial intuition; no empirical research validates its existence. It’s also an overly plastic doctrine; its boundaries and definition often change from case to case. This makes it’s impossible for a defendant to rebut and hard for litigants to predict outcomes. Having a revitalized doctrine will increase defendants’ litigation costs with no commensurate social benefit.