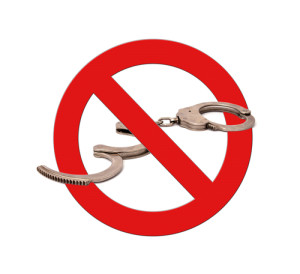 Newly hired employees routinely must accept non-compete restrictions as a condition of employment, but don’t interpret the ubiquity of non-compete clauses as a signal that they are a good idea. By restricting future competition for employees’ labor, employee non-competition clauses hurt marketplace efficiency just like you’d expect. Indeed, one of the key ingredients in Silicon Valley’s “secret sauce” is California’s long-standing categorical rejection of employee non-competes, compared to other states’ tolerance for such restrictions. Undoubtedly, society would benefit if we eliminated these distortions on marketplace competition for labor.

Fortunately, Congress is taking notice. In an effort to crack down on the overuse of employee non-compete restrictions, several Senators are sponsoring S. 1504, the “Mobility and Opportunity for Vulnerable Employees Act” (or MOVE Act).

The Act has two main provisions. First, the Act makes it illegal to impose non-compete restrictions on “low-wage” employees, generally defined as employees earning less than $15/hour (or minimum wage, if higher) or an annual salary of $31,200. These dollar thresholds escalate over time. Second, for all other employees working in interstate commerce, the law requires employers to disclose that they will require non-compete restrictions early in the job search process. The Act says such disclosure should be “at the beginning of the process for hiring such employee.” Violations are enforced by the Department of Labor.

These are good ideas, so I support the bill. However, the bill could be strengthened:

1) Expand the categorical ban to all employees. It makes no sense to permit low-wage employees to agree to non-compete provisions. Compared to other employees, low-wage employees are the least likely to have access to the employer’s proprietary information, to have strategic significance to the employer, to have any leverage negotiating their employment terms, or to receive a wage premium to compensate the employees for the reduction of future competition for their services. These are all good reasons to give them protection from such an abusive contractual term.

Still, non-compete provisions are bad news for all employees, not just low-wage employees. Non-compete provisions mean that an employee might end up unemployed rather than take another job with a verboten competitor–even if the employee was laid off or forced to resign. Indeed, we as taxpayers subsidize any such unemployment through government unemployment benefits. That’s a bad deal for all of us.

2) Better define when notice must be given. If we don’t categorically ban employee non-compete provisions, then it’s a good idea to give prospective employees earlier notice of what’s coming. Sometimes, employees are presented non-compete provisions in the documents they receive during their first day on their job–at their most vulnerable time, because they have already declined all other job offers, they may have incurred the costs and disruption of relocation, and they would have a conspicuous gap in their resume (and interruption in their cash flow) if they walk out the door on the first day. But even earlier disclosure of the non-compete provision may be too late. For example, if the non-compete provision is first presented in the offer letter, the prospective employee may have already disadvantaged themselves, such as asking references for help or having a significant other make decisions preparing for an imminent job offer.

However, the statutory language requiring notice “at the beginning of the process for hiring such employee” is too vague and unhelpful. What does this mean? One way of reading it is that employers could satisfy the requirement by putting a cryptic notice (such as “non-compete required”) in the job posting. Or employers might interpret the language to permit disclosure well well after the job offer, because everything before that is preparatory steps towards “the process for hiring.” Unless the statute clarifies the requirement, it’s not clear the language will actually lead to useful early disclosure for employees.

3) Expressly void any conflicting contract clauses. The statute gives enforcement authority to the Department of Labor, but it doesn’t expressly say that any non-compliant non-compete provision is void/unenforceable. Courts might reach that conclusion anyway, but the statute should remove any doubt.

Even though the law isn’t perfect, it’s a great start. I imagine we’ll see opposition from major employers and their lobbyists, so if you favor the law, I hope you’ll let your members of Congress know.