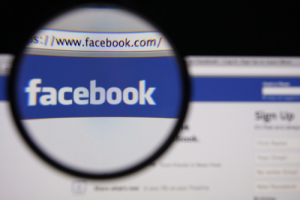 Brannon Crowe injured his knee. He says it happened at work, so he sued his employer. Based on a Facebook message Crowe allegedly sent to a friend, his employer thinks Crowe suffered the injury on a personal fishing trip. The opinion doesn’t explain how the employer obtained that message, but it made the employer curious what other goodies might be in Crowe’s Facebook account.

The employer asked Crowe to produce an “unredacted, unedited digital copy of [his] entire Facebook page from the onset of [his] employment with Marquette until present.” As a partial privacy measure, instead of giving this material directly to defense counsel, the judge agreed to review the materials himself “in camera” (we’ve occasionally seen “in camera” review used for this purpose before–see 1, 2).

Crowe replied that he “does not presently have a Facebook account.” This answer was technically precise because Crowe’s putative Facebook account was “deactivated” four days after the employer’s document request, but it also suggested that Crowe may be playing word games. A couple of months later, the account was reactivated and Crowe’s lawyers provided the judge with 4,000 pages from the account. The judge was not pleased:

While the Court has made a preliminary review of certain of these materials, it is not about to waste its time reviewing 4,000 pages of documents in camera when it is patently clear from even a cursory review that this information should have been produced as part of Crowe’s original response. This production makes it plain that Crowe’s testimony, at least in part, was inaccurate….

the Court is troubled by Crowe’s refusal to produce any responsive documents on the basis of the statement that he did not “presently have a Facebook account.” The records indicate that Crowe did not delete his account but deactivated it. It is readily apparent to any user who navigates to the page instructing how to deactivate an account that the two actions are different…

The court ordered Crowe to send the 4,000 pages directly to the employer and to let the employer log into his Facebook account. I expect Crowe’s account deactivation/reactivation will draw withering questioning at a deposition, and this incident may have undermined Crowe’s credibility enough that his lawsuit may be functionally dead.

Thus, before kicking off a lawsuit, personal injury plaintiffs might decide to “clean up” their account, such as deleting material that’s not relevant or enhancing the privacy settings so it’s harder for opposing counsel to see the material without a discovery request. Such moves may not help much given our liberal rules about discovery of relevant information, and the moves could be counterproductive if they are not properly implemented. For example, removing items from a Facebook timeline won’t necessarily remove the items from Facebook’s activity log, in which case an opposing counsel may eventually see the items and inquire why the litigant attempted to hide those items.

Alternatively, a litigant could kill the social media account before initiating a lawsuit. As Crowe’s case illustrates, even this must be implemented properly. Deactivating the account doesn’t really help; the judge can just order the account reactivated so the activity log can be downloaded. Deleting the account removes that option, but it comes at a heavy cost–it also kills all of the account’s assets and connections built up over the years.

In all circumstances, willfully destroying relevant evidence could create or exacerbate the litigant’s legal problems. For this reason, there’s an active debate in legal circles about if/when a lawyer can tell a client to “clean up” social media accounts (see this Virginia case). Pruning irrelevant but potentially inflammatory material should be OK; but if material in the social media account will expose a duplicity, the litigant must accept this consequence–or, better yet, avoid the duplicity altogether.