This is an assault case brought by Sarah Grimes against her sorority sister, Kristen Saban. Grimes and Saban went out for a night of partying. Afterwards, Saban and Grimes were allegedly arguing, with Saban telling Grimes “no one liked her and [she] did not have any friends.” Saban then went into her room and posted the following to her “Facebook social-medium page”:

No one likes Sarah, Yayyyyy! 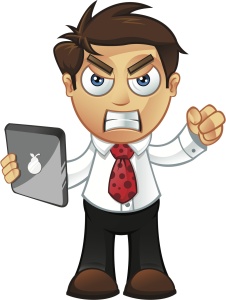 While her friends tried to keep her way, Grimes said “[i]f she touches me, I’ll kill her.” Grimes went on to confront Saban by knocking on Saban’s bedroom door. Saban opened the door and showed Grimes that she had removed the post. Grimes retorted some to the effect of “okay, that’s fine, we’re done…” She also allegedly called Saban “crazy”. The two then engaged in a physical altercation, with Grimes sustaining personal injuries that spawned the underlying lawsuit.

The lower court dismissed Grimes’ assault and battery claims, noting that her “response to Saban’s post was unreasonable and excessive,” and that by going to Saban’s bedroom door and demanding that the post be taken down and getting in Saban’s face, it was reasonable for Saban to think Grimes would imminently use physical force. Thus, the lower court held that it was appropriate for Saban to defend herself in the manner in which she did. The court granted summary judgment against Grimes and dismissed the claims. On appeal, the Alabama supreme court reverses.

Alabama has a “stand your ground” statute which in essence says that if someone is engaged in self defense and is in a location where they have “the right to be,” they do not have to retreat and may ‘stand their ground’. While the lower court concluded that Saban’s reaction was justified as a matter of law, the Alabama Supreme Court says there were questions of fact regarding: whether Saban was the initial aggressor, whether she believed the use of force was necessary to defend herself, and whether Saban used the degree of force necessary to defend herself. Grimes relied only on her own deposition testimony, while the declarations seemed to favor Saban. Saban argued that Grimes could not create an issue of fact by solely relying on her testimony, but the court disagrees.

We’ve seen all manner of stories involving people who take to violence in response to seemingly innocuous social media posts (here’s the latest). It’s nice to know that sorority girls in Alabama are not immune from this type of over-reaction. Sadly, this decision doesn’t deleve into the reasonableness of reacting violently to someone’s Facebook post saying that “no one liked you,” or an overheated request to remove such a post. Even the court’s reversal of Grimes’ claims does not endorse or find improper Grimes’ act of knocking on Saban’s door–the manner in which she asked Saban to remove the post will control the ultimate determination of who provoked whom.

Although the dispute does not resolve the above legal issue, the identity of the parties is interesting and the dispute is noteworthy from a gossip standpoint. The Saban in question is daughter of Alabama football coach Nick Saban. (I’m not a football fan personally, but the lawsuit garnered four mentions on Above the Law.)

Eric’s Comments: A drunken brawl between sorority sisters sounds like Scene 1 of a slasher horror film or teen exploitation flick.

What stands out for me is the lameness of Saban’s Facebook put-down (my kids had better snark when they were 5) and the “well, that escalated quickly” nature of Grimes’ response.

If the litigants could get past the emotional fallout, I bet a good mediator could get the parties to settle this case after a short mediation session.

Other coverage: “Suit vs. Saban’s Daughter Back On”