September 9, 2014 · by Venkat Balasubramani · in Privacy/Security

Zaratzian and Abadir were married but divorced after a little over a decade. While the couple was married, Abadir opened a Cablevision account for internet and email service. He configured an account for Zaratzian and set the password. 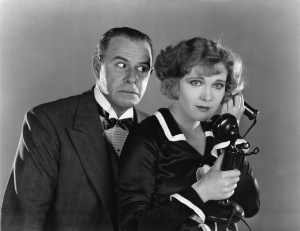 After the couple separated, Zaratzian took over the account. A few years later, she found out that Abadir’s email account was still being maintained and she cancelled it. At this point, she started receiving bouncebacks . . . of emails that were forwarded from her account to his account. She sued Abadir alleging violations of the Wiretap Act and the Stored Communications Act. (Her lawsuit was separate from the custody/dissolution proceeding.)

The court denies Abadir’s motion for summary judgment, finding that even under a narrow interpretation of the term “intercept” Abadir’s automatic forwarding of Zaratzian’s email suffices (citing and discussing Pure Power Boot Camp and US v. Szymuszkeiwicz):

The court agrees with the Sventh Circuit’s commonsense application of the contemporaneity requirement in a case with materially identical facts. Here, too, whether it was the server of Zaratzian’s computer that made copies that were transmitted to Abadir, those copies were made “within a second of each message’s arrival and assembly,” and if both Zaratzian and Abadir were at their compurers in the same moment, they each would have received the message “with no more than an eyeblink in between.”

Abadir argued consent. Citing Judge Koh’s opinion in the Gmail case among others, the court says that implied consent is an “intensely factual question”. (But see the Yahoo email scanning case for a different view.) Abadir argued Zaratzian never expressly revoked her consent, but the court says that the dispute is about the scope of the consent as originally given rather than whether she revoked it. Abadir also tried the ownership argument, saying he “owned” the email account at the time. The court rejects this argument and distinguishes Abadir’s precedent on the basis that those cases involved (1) the Stored Communications Act (which has a separate exception) and (2) both involved professional email accounts:

Zaratzian had a reasonable expectation of privacy in her personal email, regardless of whether her husband’s name was technically the name on the . . . account. To hold otherwise would lead to a perverse outcome in conflict with basic notions of privacy.

Zaratzian also sued Abadir’s lawyer, saying that he knowingly disclosed information obtained in violation of the statute. The lawyer said there was no evidence that he knew of the underlying violations. The court agrees with this argument, noting that Zaratzian’s anecdotal evidence that Abadir’s lawyer must have knew of the interception is insufficient. Perhaps he knew the emails were improperly obtained, but the court says he has to know they were improperly intercepted.

Finally, Zaratzian also brought claims under the Stored Communications Act but she failed to respond to defendants’ arguments as to those claims. She also argued that Abadir breached a fiduciary obligation to her that undermined the basis of their marital settlement, but she fails to show that any omission or misstatement materially altered the outcome of the settlement.

Yikes. PRO TIP: I presume the temptation is strong to monitor your soon-to-be-ex-spouse’s email, but resist it at all costs! This is not the first time we’ve seen an ex-spouse into hot water, and I’m sure it won’t be the last. (See, e.g., Ex-Spouse Hit With 20K in Damages for Email Eavesdropping – Klumb v. Goan.) The ruling illustrates that ownership over the account in question or having your name on it is not a free pass. As in other cases, lawyers often become embroiled in these lawsuits, and here Abadir’s lawyer was lucky to dodge a bullet.

I guess a corollary is to never share your email account with anyone. If you do, perhaps you should use some sort of mechanism to automatically revoke consent. The consent argument (or “ownership” for that matter) did not end up undermining Zaratzian’s case but it would be nice to have clarity on this front. In the employment context for example, many separation agreements have a clause revoking any consent to previously authorized accounts. Perhaps there should be some similar protocol in the marriage/domestic partner context.

(For a bizarre set of facts around consent, see Gridiron Management Group v. Pimmel, where the defendant who accessed plaintiff’s Yahoo account following termination of employment argued that plaintiff “gave [defendant] the password to his account [and] told [defendant] that he had nothing to hide and did not care who read his emails.” Interestingly, even there the court found a factual dispute as to the scope of consent and denied plaintiff’s motion for summary judgment. See also “The Password Is Finally Dying. Here’s Mine“.)

← Lock Manufacturer Onity Had Only One Job, But Isn’t Liable For Failing To Do It Well (Forbes Cross-Post)
Internet Law Professors Ask California Supreme Court To Review Pharmaceutical Liability Case →
Subscribe to Blog via Email
Categories