Hardin v. PDX is a quirky case that flew under the radar a bit. The case was brought by Hardin, a victim injured by bad drug interactions. She claims that she would have avoided the interaction if she had been told about it, but the drug disclosures (called “monographs”) given to her by her pharmacy (Safeway) omitted the crucial information because Safeway delivered a truncated monograph. The victim sued defendants up and down the chain, but the ruling that caught my attention involves PDX. PDX acts as a vendor to pharmacies, including providing a network that gathers the monographs from third parties (in this case, a company called WKH) and then electronically delivers the monographs to pharmacies. For reasons explained in the appellate opinion, PDX allegedly truncated the monographs at Safeway’s request.

Thus, PDX functioned purely as an electronic network transmitting WKH’s monographs to Safeway for presentation to Safeway’s patients. Being the cheese in this electronic sandwich, PDX seems like it should qualify for Section 230’s immunity. The California Appeals Court disagreed because PDX “intentionally modified its software to allow Safeway to distribute abbreviated drug monographs that automatically omitted warnings of serious risks.” 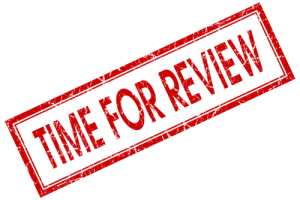 Six Internet Law professors filed a letter to the California Supreme Court supporting PDX’s request to review the case. The letter’s signatories are me, David Ardia (UNC), Derek and Jane Bambauer (Arizona), David Levine (Elon) and Lyrissa Lidsky (Florida). We note the problems associated with denying Section 230 for coding software to truncate third party content, because content truncation is ubiquitous and often helpful in the UGC world. Plus, at minimum, a “content truncation” workaround to Section 230 gives plaintiffs a powerful tool for mischief.

Separately, Eugene Volokh (UCLA) submitted his own letter to the California Supreme Court, raising First Amendment concerns about holding PDX liable for distributing truthful information that nevertheless may be misleading.

In the parallel litigation between Hardin and Safeway: