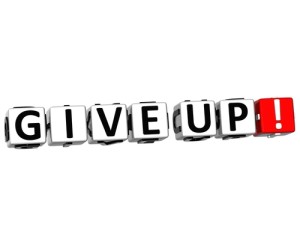 Daniel Hodak posted negative comments about Hezi Torati to Ripoff Report. Torati sued Hodak and, in this ruling, asks for permission to add Ripoff Report and Ed Magedson as defendants.

The court quickly shuts down this request. The court first lays the foundation that Ripoff Report isn’t liable for user posts:

all the causes of action alleged against XCentric are clearly barred by the CDA, insofar as they are based upon XCentric’s publication of comments posted on its website by Hodak or other individuals.

To get around Section 230, Torati trots out some moldy oldy, I-can’t-believe-people-are-still-trying-these arguments:

The solicitation of critical statements, alone, cannot subject XCentric to liability. “Creating an open forum for third parties to post content-including negative commentary-is at the core of what section 230 protects.” Shiamili, 17 NY3d at 290-291. The freedom to create a forum would be hollow without the concomitant freedom to invite participation therein.

Ripoff Report adds material to the posts, including headings and logos at the top of the complaint and the domain name Ripoff Report (which plaintiff says “defames every person who becomes the target of a report”). We’ve seen this argument many times already, and the answer this time is the same as all the previous times. The court says adding headings is a traditional editor’s function, and the domain name “merely discloses that a complaint has been made about the subject of the report.”

The plaintiff also cites Ripoff Report’s metatags, which include the keywords “fraud,” “complaint,” “rip-off,” and “scam.” The court responds that the metatags “are no more than an attempt by XCentric to have its postings more widely read. Such an attempt hardly strips XCentric of the immunity extended by the CDA.” The court also notes–correctly!–that keyword metatags are technologically inconsequential, citing Network Automation, Seikaly & Stewart, and Matt Cutts’ video!

The court concludes that even if Ripoff Report’s business practices are “appalling,” “that is not a reason to strip XCentric of the statutory immunity to which it is entitled.” Amen! The court rejects the plaintiff’s proposed amendment as futile.

Given Ripoff Report’s multitudinous prior courtroom wins, this ruling doesn’t really break new ground. Still, it reinforces that it’s stupid to sue Ripoff Report for user postings–especially if your best arguments are rehashes that have already failed many times in court.

I’ve blogged more Ripoff Report cases than I can count. You can check some of them out here.