Goren is a lawyer. Dupont made a less than flattering post about Goren to the Ripoff Report site, which is famous for not removing posts even at the request of the author. (Ripoff Report is one of the most successful litigants in using Section 230 as a defense and has thus been the subject of numerous blog posts here.) Goren sued Dupont for libel in state court. 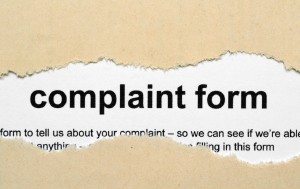 Dupont failed to appear, so the trial court granted default and enjoined Dupont from publishing the report. At Goren’s request, the trial court transferred ownership of the copyright to Goren and also appointed Goren as attorney-in-fact for Dupont further execute assignment-related documents.

Armed with the copyright over the posting, Goren, who assigned his copyright ownership to “Small Justice,” sued Ripoff Report for copyright infringement, as well as claims for libel, interference with contract, and violations of Massachusetts’ unfair competition statute. (When Goren amended his complaint to add the non-copyright claims, interestingly he joined Dupont as a plaintiff. Perhaps this was a condition of a settlement between Goren and Dupont, but it would be interesting to say the least to find out the details behind this.) Ripoff Report moved to dismiss and plaintiffs moved for judgment on the pleadings.

Court doesn’t rule conclusively on the copyright issue: Ripoff Report’s copyright argument, interestingly enough, was that regardless of the efficacy of the forced transfer in state court from Dupont to Goren, when Dupont first posted the review to the Ripoff Report site, he granted Ripoff Report an irrevocable (and broad) license to display the post. If so, whatever rights Goren acquired from Dupont were subject to the license granted to Ripoff Report.

Ripoff Report appears to have implemented a leakproof terms of service that required Dupont to check the box before posting his report. Nevertheless the court says that whether a license was granted  depends on whether Dupont would have reasonably understood he was conveying rights to Ripoff Report. Citing to Specht v. Netscape, the courts says it “appears” that Ripoff Report’s implementation was kosher but questions as to what “a reasonably prudent offeree” would have concluded preclude resolution at the motion to dismiss phase.

Ripoff Report is entitled to CDA 230 immunity: Ripoff Report argued that it could not be held liable for defamation claims per section 230. Goren argued that Ripoff Report lost its immunity under section 230 because (1) Ripoff Report took an exclusive copyright license to the post, and (2) made the post available via search engines. Neither argument gets any traction. As to the copyright issue, the court says that you can lose protection under 230 if you create the content or even specifically encourage development of the offensive content, but there’s no authority for the proposition that a copyright license affects the analysis. Copyright ownership is totally distinct from whether a site is involved in creating the content. [Eric’s comment: the court doesn’t cite them, but there are several cases standing for this proposition, including Finkel v. Facebook, Blumenthal v. Drudge and Schneider v. Amazon.com.] Similarly, making the posts available downstream via search engines also does not change the 230 analysis.

Ripoff Report gets a partial win on the unfair competition claim: Goren had three bases for arguing unfair competition: (1) Ripoff Report’s continued display of the report coupled with copyright ownership was an unfair business practice; (2) Ripoff Report’s assertion of CDA 230 immunity was an unfair business practice; and (3) Ripoff Report’s “solicitation of victims of defamatory reports to participate in its fee-based Corporate Advisory Program and VIP Arbitration program” were also unfair business practices. The court rejects the first two bases for the unfair competition claim, but says that the allegation based on the CAP and VIP Arbitration services may proceed. According to the court, a practice can form the basis of a claim under the Massachusetts statute if (1) it’s generally unfair; (2) immoral, unethical, oppressive or unscrupulous; or (3) causes injury to competitors or other business people. The court says plaintiffs’ CAP/VIP-related claims are plausible on any of these grounds.

It is smart of Ripoff Report to acquire a license in the way that it did, and Goren’s attempt at a copyright workaround will almost certainly fail. It’s surprising that the court did not find that the click-wrap process was clear and then proceed to construe the license language as a matter of law. In any event, things don’t look good for Goren on this front.

As to the section 230 defamation issue, the result was largely predictable. If an intermediary did not create the content but could nevertheless be held liable for distributing it downstream, the legal landscape for Section 230 would be drastically different than it is today. Nevertheless, plaintiffs seem to have an endless supply of creativity in trying to fashion CDA 230 workarounds, and I don’t recall a court addressing the precise formulation Goren raises here. (Cf. Asia Econ. Inst. v. Xcentric Ventures and Ascentive v. PissedConsumer.) In the end, chalk this up to another creative-but-doomed-from-the-start attempt by a litigant to try to strip away CDA 230 protection.

As to the final issue of whether Ripoff Report’s Corporate Advocacy Program constitutes an unfair business practice, Ripoff Report has bested these claims before, interestingly in a case cited by the court in a different part of its analysis but not mentioned in the context of the misleading trade practices claim. (“Ripoff Report Gets Another Big 47 USC 230 Win–Asia Economic Institute v. Xcentric.”) Ripoff Report has been exceedingly careful in its implementation of the advocacy program, even (as mentioned in the Asia Economic Institute case) recording calls in order to be able to later demonstrate that its conduct is not extortionate. So I would be surprised to see it lose on this issue. It’s not clear what in plaintiffs’ allegations the court found persuasive, but to the extent the court did not take a careful look and is merely drawing out the inevitable, that’s unfortunate.

When the dust settles, I don’t foresee Small Justice achieving much success with this lawsuit.

Eric’s Comments: I covered the lawsuit’s initial filing at Forbes.

Venkat spins this ruling as a partial win for Ripoff Report, but I see it as an unfortunate ruling at best. For reasons that are unclear to me, the court gave the benefit of the doubt to the plaintiff on the copyright issues. Some of that was due to the procedural posture of responding to a motion to dismiss, but I think some of the questions (such as the legitimacy of the state court’s copyright transfer from Dupont to Goren) were resolvable now. By tipping the balance to the plaintiff, this ruling gives false hope to the plaintiff. It also shows how overreadings of copyright law can do violence to Section 230’s immunity (see the Garcia v. Google case as another flagship example). Assuming Ripoff Report eventually wins this case–which Venkat and I both agree should happen–the court’s timid response in this opinion unnecessarily wastes the parties’ time and money, which makes a loss for Ripoff Report, the court system and the public in general. It’s especially frustrating because most of the plaintiff’s arguments (other than the copyright transfer by the state court, which is novel but bogus) are just tired warmed-over rehash that have failed over and over again.

Minor point of interest: In FN2, the court seems to say that an electronic signature satisfies the copyright statute of frauds regarding transfers. For more on that topic, see, e.g., Hermosilla v. Coca-Cola.

Ripoff Report May Be “Appalling,” But It Still Gets 47 USC 230 Immunity–Giordano v. Romeo