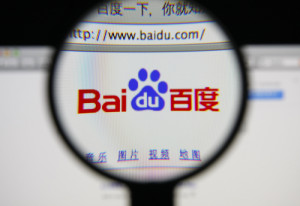 Baidu.com is the leading search engine in China. The plaintiffs in this case have published materials online about the democracy movement in China. They allege that, at the request of the Chinese government, Baidu excludes pro-democracy search results, including their materials. They sued Baidu in the United States for this alleged censorship. Recently, in a scholarly, thoughtful and wholly persuasive opinion, a federal judge emphatically rejected the lawsuit, saying the First Amendment protected Baidu’s search results.

To me, the First Amendment’s application to search results isn’t even a close question. Search engines “publish” their search results. Like all other media publishers, search engines decide what content to include and exclude and how to prioritize that material. As the court says,

there is a strong argument to be made that the First Amendment fully immunizes search-engine results from most, if not all, kinds of civil liability and government regulation….The central purpose of a search engine is to retrieve relevant information from the vast universe of data on the Internet and to organize it in a way that would be most helpful to the searcher. In doing so, search engines inevitably make editorial judgments about what information (or kinds of information) to include in the results and how and where to display that information (for example, on the first page of the search results or later).

The court says the fact that search engines instantiate their editorial judgments into algorithms is legally inconsequential. As the court notes, “the algorithms themselves were written by human beings.” Yet, for reasons that perplex me, some folks feel the rules should change for algorithm-mediated speech. Perhaps we irrationally fear algorithms because we expect them to go rogue on humans (e.g., HAL in the movie 2001), or because the surreptitious black-box nature of search engine algorithms arouses suspicions (even though human editors are just as “black box” about how they make their editorial judgments). I’d like to think we’re moving past those techno-panics, but Google’s increasing market share seems to be exacerbating the paranoia.

This ruling’s application of the First Amendment to search results isn’t unprecedented. In fact, the Search King v. Google case reached that conclusion over a decade ago; as did another case in 2007. This opinion doesn’t address 47 USC 230(c)(2), a law Congress passed in 1996 to eliminate websites’ liability for their filtering decision (see my essay on that law). That law also protects search engines’ filtering decisions, as the 2007 opinion ruled. Given the overlapping Constitutional and statutory protections for search engine publication choices, this lawsuit never seemed tenable.

In addition to its lack of legal merit, I find activist lawsuits like this troubling for two reasons. First, the lawsuit is really a political protest over Chinese censorship, but the battle is being waged by proxy against a private entity allegedly complying with its government’s laws. Regardless of how you feel about government censorship, a private lawsuit against a commercial actor isn’t the right way to fix it. Better mechanisms would be to keep encouraging the Chinese government to rethink its policies, and to encourage the development of pro-freedom technologies that give Chinese Internet users more choices.

Second, the lawsuit’s underlying objective is to export our free speech norms to China. I favor free speech so strongly that this sounds good to me, but recognize the potential duplicity when another country tries to impose its cultural norms on us. For example, in LICRA v. Yahoo, French activists sued Yahoo for enabling the resale of items celebrating the Nazi party on Yahoo.com operated out of servers in California. The case eventually sputtered in court, but many Americans resented that France would tell us in the United States what was culturally appropriate for our country. The Baidu lawsuit is the mirror image of LICRA v. Yahoo, except we’re exporting US norms to China rather than France exporting its norms to the US. If you don’t like France telling us what our cultural norms should be, you’ll want to figure out in your head how the Baidu lawsuit differs. [Note: I’m putting aside the unavoidable hypocrisy about the United States’ stance on censorship given the many efforts our government has pursued to increase Internet censorship.]

For further perspectives on the legal regulation of search engine results, see my 2006 article on search engine bias (cited by the court) and my 2011 revisit of the topic.

← Xcentric Ventures Chips Away at Small Justice’s Copyright Workaround to Section 230
Court Lauds Blogs “As A Means Of Free Dissemination Of News And Public Comment”–Comins v. Vanvoorhis →
Subscribe to Blog via Email
Categories