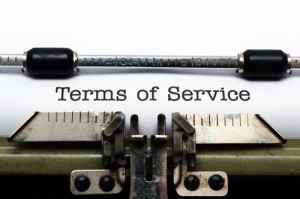 Over the years, Google has defended its standardized agreements numerous times in court. As with its litigation portfolio generally, Google has had an excellent success rate in these cases. Recently, another court upheld Google’s member agreement–not a surprising outcome, but still worth a brief note.

This case is part of the detritus of Google Buzz. Plaintiffs sued Google in New York for ECPA violations associated with Buzz. Google invoked its forum selection clause to shift the case to California, which reads:

You and Google agree to submit to the exclusive jurisdiction of the courts located within the county of Santa Clara, California to resolve any legal matter arising from the Terms.

the forum-selection clause was reasonably communicated to the plaintiffs. Google requires all users, after seeing a screen listing the terms or a link to the terms, to agree to the terms of use before creating an email account.

In a footnote, the court amplifies:

Let’s slow that down a bit. We know, of course, that existing users aren’t automatically bound by amended terms just because of the amendment. See, e.g., Blockbuster and Zappos. Here, it helped that the provisions basically say the same thing over time. Still, this is a nice bailout for Google, and I don’t recommend you rely on unilaterally amendable contracts if you aren’t Google (or even if you are).

The court then says the forum selection clause is mandatory, applies to the plaintiffs’ claims and is fair and reasonable. Thus, the court dismisses the case without prejudice, so presumably it can be refiled in Google’s home court (though not with Rudgayzer with the name plaintiff, as he’s now deceased).

Here’s some of the other cases I’ve blogged about Google’s various form agreements include TradeComet (the court also cites the Second Circuit opinion), Flowbee, CLRB Hanson, Feldman and Person. I’m sure I’m forgetting some others that we’ve covered. But compare the heartbreaking Gmail advertising case.