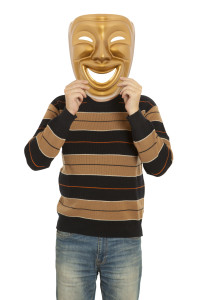 Avepoint and Axceler are competitors providing “infrastructure management and governance software platforms for Microsoft Sharepoint products and technologies.” Avepoint alleged that Axceler denigrated Avepoint online. Specifically, Axceler allegedly created the impression that Avepoint was a Chinese company rather than an American company and that customers were generally dissatisfied and moving from Avepoint to Axceler.

In response to one of Burns’s tweets, one of Axceler’s directors of product evangelism, Christopher Buckley, tweeted:

Avepoint alleged that Axceler’s deception culminated with the creation of a fictitious email account in order to obtain a copy of the most recent version of Avepoint’s software. Axceler allegedly inputted an email account generated by Fake Email Generator and misrepresented the name associated with the IP address when it requested a free trial copy of Avepoint’s software. According to Avepoint, Axceler’s use of the trial version of the software violated the applicable terms of use for the software.

Defendants move to dismiss the complaint, and the court denies the motion.

Defamation: the crux of Avepoint’s claim for defamation was that Axceler alleged Avepoint was a Chinese company, not an American company. While the court said there may be some merit to the notion that “Americans no longer ‘cling to the old notion that . . . Asian-produced and maintained goods are inferior to counterparts made in the United States, [or that] conducting business with Communist-dominated countries is unpatriotic,” at the motion to dismiss stage of the proceedings, the court says it’s unclear whether the statements are defamatory. Helpful to Avepoint were tweets from Axceler highlighting that for these particular products, it may well be important to customers where they are made. (One Axceler tweet said “Is where your #SharePoint products developed important to you? Government Answer: Absolutely!”.) Avepoint alleged that the numerous statements by Axceler were also defamatory in that they falsely implied that Microsoft recommended Axceler over Avepoint and that customers were dumping Avepoint’s 3 year agreements to sign up with Axceler. The court says it is unable to say as a matter of law that these statements were not defamatory.

Breach of contract: the breach of contract claim contains a familiar discussion of various online agreements (including the recent Be In case). The key question here is whether Axceler had notice of the terms and conditions prior to obtaining the software. The court says yes, based on Avepoint’s allegation that Axceler created a fake email address in order to download the software. The court also notes that Axceler had a similar agreement for its website and software and thus would surely expect this type of a provision for other companies.

Trademark infringement: Avepoint’s trademark infringement claim is based largely on the LinkedIn account created by Axceler for a fictitious Avepoint employee. The court rejects Axceler’s argument that it isn’t really using the Avepoint mark for trademark purposes. The court says that “unauthorized use of a trademark on the internet satisfies the ‘in commerce’ requirement” and that as alleged by Avepoint, the use is in connection with the sale or distribution of goods or services. Faced with some adverse precedent the court ends up relying on the facts:

the court is not presented with a website that merely parodies AvePoint or promotes opposing behaviors or ideas. Instead, the plaintiffs allege that AvePoint and Axceler are direct competitors in the software industry, that the defendants masqueraded as an official AvePoint representative on LinkedIn, and that they used the fictitious LinkedIn profile to diver business to Axceler and advance Axceler’s position in the marketplace.

Axceler also argued that LinkedIn is essentially a digital version of a paper resume, but the court says as alleged by Avepoint, the account has been used for competitive purposes. The court finally says that Avepoint’s allegations regarding the likelihood of confusion—which included the fake account’s connection list among which were Avepoint employees and current and potential Avepoint customers—are sufficient to withstand a motion to dismiss.

In addition to Avepoint’s claim for trademark infringement, the court also declines, for largely the same reasons, to dismiss a bunch of Avepoint’s collateral trademark claims.

State law claims: Finally, the court also declines to dismiss several state law claims asserted by Avepoint. These included false advertising, unfair competition, and claims under Virginia’s computer crime statute. As to this latter statute the court says simply that access to Avepoint’s software in violation of the terms and conditions and under false pretenses suffices to violate Virginia’s computer crime statute.  [Yikes: I thought courts had gotten away from the “violation of a terms of service can violate a hacking statute” mode of thinking.]

This is a tough case to plod through. In addition to being a lengthy order, the court’s resolution of many of the claims were at odds with recent development and trends. The trademark discussion and whether Axceler’s use satisfied the “use in commerce” requirement was probably most regressive and reminiscent of early keyword advertising cases. That said, I would guess that the court’s instinct was along the lines of “if a competitor is intentionally impersonating a brand online and possibly diverting customers, federal law has to provide some hook”.

In some ways this case is reminiscent of another case where a company’s branding consultant pushed the envelope (Roger Cleveland Golf v. Price), except that here a higher-level executive was allegedly involved. Which I think is pretty much one big takeaway. It’s fine to push the envelope as far as competitive and comparative advertising, the moment deception enters the picture, your case becomes much much tougher to defend.

To summarize, something company executives should avoid at all costs: creating deceptive content. A follow-up: Twitter and LinkedIn may seem like venues where anything goes, but courts are more than willing to find companies liable for activities engaged via these types of media. A dose of common sense can solve a lot of problems, but if Avepoint’s allegations are as alleged, it was sorely lacking on the part of Axceler and its executive(s).