Companies and individuals are constantly seeking more effective ways to scrub unwanted online content. One common technique is to get a court declaration that content is unlawful and should be removed, and then send that ruling to websites and search engines anticipating that they will honor the court order. As reported by Search Engine Watch, some attorneys accuse the Bing search engine (a Microsoft property) of recently deciding to refuse all of these court orders. Bing says that’s not true, but the allegations still highlight some important considerations when courts order search engines and websites to remove content.

Despite this, it may be possible to remove defamatory content from search indexes in one of two ways. First, if the originating website removes the content, the search engines will follow suit the next time they re-index the site. However, sometimes the originating website won’t voluntarily remove the content and cannot be legally forced to do so, such as when it’s beyond a court’s reach or relying on Section 230.

This near-foolproof way to de-index search engine content created abuse opportunities. Companies and individuals unhappy with unflattering or negative content—even if truthful—can obtain court removal orders with surprising ease. Either they sue the content originator and then offer to settle the case if the defendant stipulates to a court order; or they hope the defendant does not appear in court, at which point they can make unopposed requests to the judge, which are frequently granted unquestioningly.

Over the years, search engines have apparently recognized this abuse and toughened their policy. I believe Google] is paying closer attention to abuses of court orders than it used to. For example, earlier this year I reported how a Google lawyer explained that Google looks for any reason to keep content in their search index. 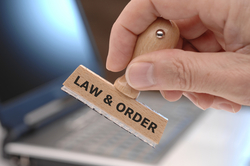 Ignoring a court order may sound like it undermines the rule of law, but we should welcome the search engines’ more careful scrutiny of court orders. A “court order” appears to be the official outcome of a rigorous process, but court orders are not all created equal. In particular, courts in ex parte (unopposed) proceedings all too frequently rubber-stamp plaintiffs’ requests because the court only hears one side of the story. The resulting court order often does not reflect a meaningful adjudication of the content’s merits.

In these cases where the judicial process may be being abused, search engines should exercise some discretion. Truthful negative content is the most imperiled content in our ecosystem, and search engines sometimes are the only party in a position to keep it from being suppressed.