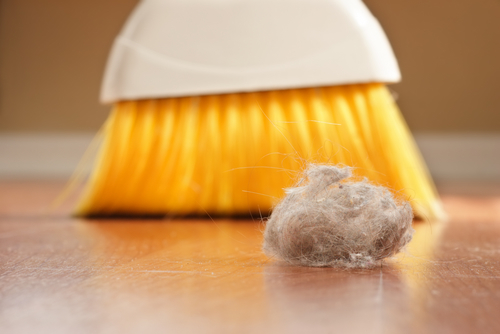 I’m personally committed to blogging every Section 230 case I see, but I fell off the wagon in the second half of 2012. So what better way to usher out 2012 and ring in the new year than to recap some Section 230 wins from the past 6 months? The following four cases all involve pro se litigants whose unmeritorous cases got unceremoniously swept out of court, just like Baby New Year walks Father Time out the door. In 2013, I resolve to give continued thanks to Section 230 for keeping the court system relatively free of junk lawsuits like these:

Klayman v. Zuckerberg, 2012 WL 6725588 (D.D.C. December 28, 2012). Klayman is a lawyer-plaintiff. For reasons that are unclear to me, pro se lawyer-plaintiffs fail in court at about the same rate (or worse) as the typical pro se. I find this hard to comprehend; after all, shouldn’t lawyers have a better sense which legal claims are worth pursuing than the average individual litigant? Presumably, the only more knowledgeable litigants are judge-plaintiffs; I don’t see many of those cases, but these usually also fail in a pretty embarrassing way. This sounds like a good area for further research.

Larry Klayman is notorious enough to have his own Wikipedia page. I’m not sure how to gauge his accomplishments because the Wikipedia page only highlights his failed lawsuits–the word “unsuccessful” shows up four times on the page, not including this lawsuit.

The case involves a user-created Facebook page titled ‘Third Palestinian Intifada.'” It’s not clear from the opinion how this page harmed Klayman, but I guess it doesn’t take much to provoke a lawyer to sue. While typing the complaint, Klayman’s finger apparently got stuck on the “zero” key. He demanded $1,000,000,000.00–that’s right, $1 billion–because Facebook didn’t take down the page fast enough.

The court runs through the typical three-factor Section 230 analysis:

1) ICS? Facebook provides an interactive computer service because it maintains “a website that gives its users the ability to create, upload, and share various types of information, potentially with hundreds of millions of other users.”

the defendants’ alleged conduct ascribed to them the status of publishers of information, whether by “using” the website to post certain content (i.e., publishing), id. ¶ 17, “allow[ing]” certain content to be posted to the website (i.e., deciding whether to publish), id. ¶¶ 17, 19, or by “refus[ing] . . . to remove these postings,” id. ¶ 19. The defendants’ potential liability is thus “derive[d] from [their] status or conduct as a publisher or speaker.”

Klayman belatedly attempted the Barnes promise-based workaround to Section 230 and gets mocked:

It begs credulity that the plaintiff, a “highly visible and well known lawyer,” Compl. ¶ 11, would not have included a claim for breach of contract if he contemplated such a claim as a viable possibility.

3) Were the defendants the ICPs? [note: normally this is phrased as whether the content came from third party content providers, but I think this restyling is OK in this case.] The court says:

FN3 is interesting. Klayman argued that Facebook collects data about its users and then personalizes their site views based on this data. The court says that even if that’s true, it would just represent another form of editorial control immunized by Section 230.

Having satisfied the three elements of a successful Section 230 immunity, the court grants Facebook’s motion to dismiss. This is a good outcome for Facebook, but I’m not clear why Facebook didn’t make an anti-SLAPP motion under D.C.’s anti-SLAPP law. That way, Klayman would have to write Facebook a tuition check for his Section 230 schooling. Even without anti-SLAPP protection, I hope Facebook seeks Rule 11 sanctions against Klayman. We haven’t seen too many courts grant Rule 11 motions in Section 230 cases (I wish they did) but Klayman’s lawsuit broke absolutely no new legal ground and was doomed from inception.

A Facebook spokesperson told me: “We are pleased with the court’s ruling dismissing all claims with prejudice.”

Between January 2009 and the date of filing this action, Plaintiff applied for one or more positions of employment. Plaintiff believes that the potential employers have performed Internet browser searches by way of Google.com, Yahoo.com, or Bing.com, and found documents related to litigation against his former employer Nationwide. Plaintiff also believes that the potential employers have used this information to disqualify him from candidacy for the applied position or have shared this information with others who have done so. In other words, Plaintiff alleges he “has been effectively ‘blacklisted’ as to employment opportunities due to the ease at which these references appear pursuant to a simple name search, and due to the unlawful acts of third parties who then use such information to unlawfully disqualify” his candidacy.

He sued Microsoft, Versuslaw, Yahoo!, Google, and Joseph W. Acton for, among other claims:

First, the exemption from liability for using a person’s identity for a non-commercial purpose, including in a news or public affairs account is applicable here. Plaintiff’s prior litigation is a matter of public record and public interest. Moreover, Plaintiff’s identity is not being used for a “commercial purpose” as defined by the Right of Publicity Act because his name is used only to find documents related to his case, which are part of the public record. His name is not being held out or used to entice anyone to buy a product. Under Plaintiff’s theory, every person who is involved in litigation who has public court documents that can be accessed for a fee on the Internet by doing a browser search or found by using Westlaw, Lexis, Versuslaw, or any other legal research site can state a claim under the Right of Publicity Act. This cannot be the case.

* 42 USC 1981. The court says he didn’t allege any discrimination on improper bases.

* Lanham Act. Nieman alleged “Defendants Versuslaw and Acton are attempting to associate Plaintiff with their for-profit website. Plaintiff accuses Defendants Google, Yahoo, and Microsoft of actively participating in “these unlawful acts … by way of their paid search ranking and/or AdWords mechanisms.””

Citing Stayart v. Yahoo, the court says Nieman doesn’t have standing because he lacks the requisite commercial interest in his name.

* Unjust enrichment. “Defendants are not “retaining a benefit” to Plaintiff’s detriment just because they are selling electronic access to public information and Plaintiff does not like the information contained in those public documents.”

The court also grants Microsoft and Yahoo’s First Amendment and 47 USC 230 defenses. Regarding the First Amendment, the court says “all of Plaintiff’s allegations rest on the premise that Defendants’ websites provide links to information that is in the public record. Plaintiff cannot show he is plausibly entitled to relief.” Regarding 47 USC 230, the court says that it agrees with the magistrate report that Section 230 applies, but the judge expresses uncertainty about the immunity for the trademark and publicity rights claims because they are IP claims; and also about the RICO claim as a federal crime (the court doesn’t cite the several cases rejecting its line of reasoning on that point).

All of this, he alleges, hurt his employment prospects. The district court said that his discrimination and Title VII claims were “frivolous” and his state law claims against Google were immunized by 47 USC 230. The appeals court upholds these conclusions. With respect to 47 USC 230, the court says “Google is immune from Mr. Getachew’s state-law claims under 47 U.S.C. § 230(c)(1). Under that provision, Google cannot be held liable for search results that yield content created by a third party.”