Bayam and ID Tech run rival online jewelry businesses. Both use Shopify as a service provider. ID Tech believed that Bayam copies too much of its copyrighted website content and pursued a whirlwind of enforcement activity, including filing two lawsuits against Bayam and sending numerous DMCA takedown demands to Shopify. Bayam’s counternotices were ineffectual, leaving 123 Bayam products offline, and Shopify warned Bayam that it may terminate services to a repeat infringer.

If Bayam is actually infringing ID Tech’s IP rights, these consequences might seem normal and appropriate. But if not… (emphasis added):

On November 2, 2022, ID Tech told the court that it had voluntarily dismissed ID Tech II, the copyright infringement action filed in connection with the DMCA notices that are the subject of this action, and represented that it had notified Shopify that it was withdrawing its recently filed DMCA takedown notices. This was necessitated by the fact that, once the material on file with the Copyright Office was retrieved, it revealed that much of the material covered by the DMCA notices – including all of the web pages containing nameplate jewelry – was not on file with the Copyright Office and so was not covered by the copyright registrations. The DMCA notices were, according to ID Tech’s counsel, filed “in error;” in fact, ID Tech misrepresented to Shopify and to this court (both in the ID Tech II complaint and at the TRO hearing) that the web pages it had caused to be taken down infringed on ID Tech’s copyrights.

At the abbreviated preliminary injunction hearing, which took place on Monday, November 7, 2022, as scheduled, counsel for ID Tech effectively conceded his client’s misconduct (though he referred to it as a failure by a “young business” to put in place “proper procedures”). It turned out that no one – not ID Tech’s employees, not its in house counsel and not its retained counsel – had bothered to check what was on file with the Copyright Office before filing a lawsuit and DMCA notices accusing Bayam of copyright infringement. Outside counsel apologized but said he had been protecting his client’s rights by filing without checking; actually, his clients had no rights to protect, and he violated Fed. R. Civ. P. 11 by failing to conduct an adequate investigation into what his client was telling him. 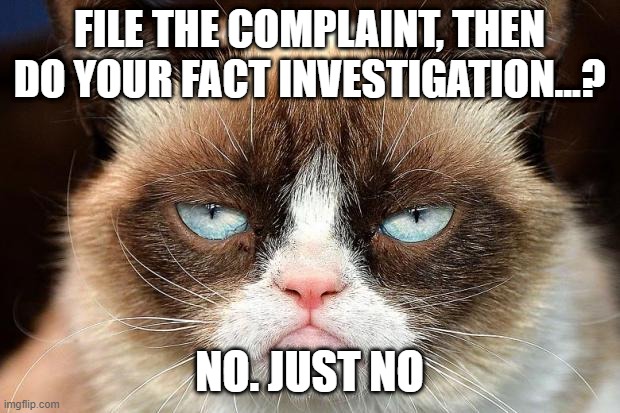 ID Tech’s outside counsel in question is Steven M. Lester.

In light of ID Tech’s lies, what consequences will it face? In this ruling, the judge:

Here’s what else SHOULD happen:

Perhaps the first two bullets will happen. The others…probably not. The legal system routinely finds ways to excuse these kinds of “mistakes.”

I’m not aware of any statistics showing how often copyright enforcement actions exceed the deposit materials on file with the Copyright Office. (Earlier this year, I blogged another copyright case that fell apart when the deposit materials were carefully reviewed). Especially with takedown notices, the recipients have no incentive to doublecheck the overlap between the deposit material and the takedown demands. Instead, the DMCA system assumes that 512(f) and the penalty of perjury declarations will prevent rightsowners from making such unsupported claims. Those legal features clearly are not sufficient.

Further, copyright takedown demands are routinely used to target and hurt competitors engaging in legitimate practices. The anti-competitive implications of copyright enforcement aren’t some unforeseeable consequence of either copyright law or the DMCA; these consequences are actively fostered by doctrinal choices like strict liability for infringement and service provider liability for failing to remove upon notice. So until there are meaningful penalties for abusing the copyright system, copyright law will remain a tool of choice for anti-competitive efforts.