A 5 Month Check-In on the Copyright Claims Board (CCB) 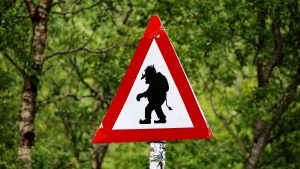 I prepared these statistics on November 18, 2022, roughly 5 months after launch.

Total number of cases: 247. This continues to imply a run rate of about 600 cases per year, or less than 2 cases per day. 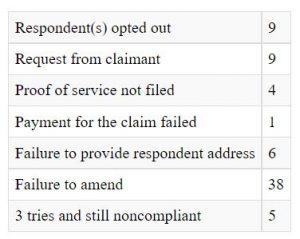 I’m surprised by the low number of opt-outs, but that may partially reflect the comparatively low number of cases that are reaching the stage where the defendants are actually being served.

There have not been any “final determinations” yet. Three cases have reached the Scheduling Order stage.

Three cases have filed a “notice of settlement,” though some of the other dismissals may reflect undisclosed settlements.

There have been 143 “Orders to Amend Noncompliant Claim.” According to this site, even adjusting for multiple orders in the same case, over half of the initial filings are deficient. That’s not surprising given the nature of a small claims court, but it’s also a hint of how many cases are likely to fail on initial procedural grounds.

Number of claims[FN] containing the word:

FN: To avoid the risk of doublecounting, I only counted initial claims, not amended claims.

I also call your attention to a new article, “The Copyright Claims Board: Good News or Bad News for Communication Scholars?,” by Patricia Aufderheide and Aram Sinnreich, reporting on a survey of communications scholars about how they would respond to a CCB claim against them. They write:

Nearly half of the respondents (43.1%) were unwilling to take on any financial risk, even in a hypothetical scenario contingent on a confident fair use while most of the rest (43.8%) were only comfortable with a risk level below $10,000. The difference between liability risk levels of $30,000 (the CASE Act maximum) and $150,000 (the maximum trial award for statutory damages for one act of infringement) was functionally nil, with 2.2% of respondents selecting values in this range.

About 71% of U.S. scholars said that they are confident or somewhat confident employing fair use (n = 99)—a figure that is higher than the general population, but still one that demonstrates that even members of an association that created its own fair-use best practices guide could learn how to empower their research practice with a crucial copyright doctrine. Even for confident scholars, the risk tolerance is still very low. Of these respondents, 39% would not accept any financial risk for an established fair use, and another 44.4% said they would only take on a risk level below $10,000. Among these scholars confident of fair-use, only 3.3% said that they felt comfortable at the $30,000 risk level but uncomfortable at the $150,000 risk level. We believe this shows that understanding the law does not improve the perceived benefits of the CASE Act venue relative to traditional copyright infringement litigation.

FWIW, I don’t recall seeing any CCB claims over academic works. Yet.

Prior Blog Posts on the CCB