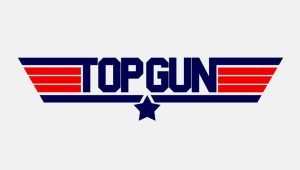 if Donald Trump were to squat upon his golden plated commode and squeeze…then a wet, moist, and highly agitated creature would appear. This creature is my best description of Mr. Buckley

A fine example of modern-day poetry.

Defamation. Florida law requires plaintiffs to make a pre-suit demand before suing “a newspaper, periodical, or other medium” for defamation. Florida courts have interpreted this to apply only to “media” defendants, similar to the early Internet Law case, It’s in the Cards v. Fuschetto. In Florida, the “media” can include blogs. (For a closer look at when blogs and social media can qualify as “media” for statutory purposes, see my post on Green v. Pierce County). The court says it can’t distinguish between TradingSchools.org and the prior blogs that qualified as media defendants.

TradingSchools.org’s TOS contained this unusual provision: “unless you have obtained a valid court order proving that something in a post is false, please do NOT ask us to remove content on the grounds that it is false . . . [w]e are not the truth police and will not remove content just because someone has made an unverified claim that a post is false.” The court says this doesn’t constitute a waiver of the pre-suit demand requirement.

Through a reputation management company and then a lawyer, Buckley did make pre-litigation demands of Moore. However, those notices were insufficient because they didn’t identify the specific statements that were allegedly defamatory.

Tortious Interference. Florida’s “single action” rule says “a single publication gives rise to a single cause of action.” That action is defamation, so alternative claims like tortious interference are barred.

Because the court found other grounds to dismiss the defamation and related claims, the court said it didn’t need to reach Section 230’s application to Buckley’s claims for the user comments.

Unfair Competition. Buckley alleged that Moore demanded $1,800 before publishing his review, with the threat that the review would be a hatchet job if Buckley didn’t pay. This allegation survives the motion to dismiss (and wasn’t governed by the single action rule) because it’s basically pre-publication extortion.

Anti-SLAPP. Florida’s anti-SLAPP law didn’t apply here because the unfair competition claim survived, which shows that the lawsuit was not “primarily” filed to suppress speech. If this had been in California, the court almost certainly would have granted the anti-SLAPP motions for the defamation and tortious interference claims, irrespective of the merits of the unfair competition claim, which would have shifted attorneys’ fees for the SLAPP claim. Another periodic reminder that we need a robust federal anti-SLAPP law.