Subway ran a promotion offering deals if customers signed up for text messages. The stores displayed the following print ad: 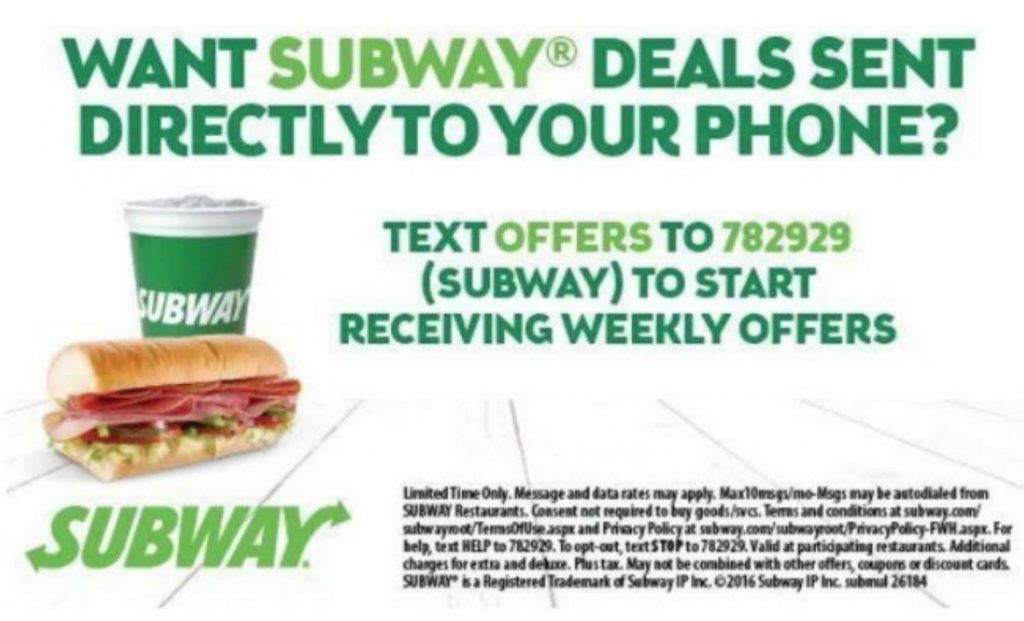 The language in the bottom right:

Limited Time Only. Message and data rates may apply. Max10msgs/mo-Msgs may be autodialed from SUBWAY Restaurants. Consent not required to buy goods/svcs. Terms and conditions at subway.com/subwayroot/TermsOfUse.aspx and Privacy Policy at subway.com/subwayroot/PrivacyPolicy-FWH.aspx. For help, text HELP to 782929. To opt-out, text STOP to 782929. Valid at participating restaurants. Additional changes for extra and deluxe. Plus tax. May not be combined with other offers, coupons or discount cards. SUBWAY® is a Registered Trademark of Subway IP Inc. © 2016 Subway IP Inc. submul 26184[.]

The named plaintiff claims she signed up for the text messages but then sent STOP. However, Subway allegedly didn’t stop sending text messages. She sued for TCPA violations. Subway invoked the arbitration clause contained in the terms of use that the ad linked to. The Second Circuit holds that the plaintiff didn’t consent to arbitration:

This is a logical result, but the court could have be more concise in its explanation. For me, point #3 should have been dispositive–the print ad never had a proper call-to-action that said if you do X, you agree to the terms. (The court says that language isn’t 100% required, but it kind of is). On that issue, Point #5 is also problematic. If you’re going to refer someone to T&Cs, make sure they expressly cover the circumstances you are trying to govern.

A few more comments on the court’s discussion:

Surely a disappointing result for Subway, especially in light of how easily avoided it was.

← Do We Even Need the Computer Fraud & Abuse Act (CFAA)?–Van Buren v. US
More Perspectives About Van Buren v. US (Guest Blog Post) →
Subscribe to Blog via Email
Categories