Domino’s argued that its physical stores, and not the website/app, are the places of public accommodation. Domino’s corporate runs the website/app, and the franchisees run the physical stores. Thus, Domino’s claimed this franchise relationship breaks the nexus between the website/app and the stores. This sounded like an argument the litigators probably didn’t expect to win (and maybe shouldn’t have tried). It gets no traction. The court says simply: “the barriers at issue are web-based barriers that only the parent company can control.”

The court rules that Domino’s website didn’t comply with the ADA: “Defendant’s expert, using up-to-date technology, found that the website was not fully accessible. This renders Defendant’s contention that Plaintiff could not access its website due to his own technology immaterial; no combination of technology would have allowed Plaintiff to fully access its website.” Domino’s said it provided a phone ordering option, but the plaintiff allegedly called the number twice and got stuck on hold for 45+ minutes each time, so the court says that’s not a meaningful alternative. Domino’s couldn’t produce evidence that the app was compliant at the relevant time period, either, but its defense expert showed that app  orders were now possible. Thus, the court grants ADA injunctive relief against the website, but not against the app. The court orders Domino’s website to comply with WCAG guidelines.

Based on the website’s ADA violation, the court also found a violation of the Unruh Act. The court awards $4,000 of statutory damages for a single continuing violation. It’s not clear to me what other case aspects remain unresolved, including if Robles can reclaim his attorneys’ fees.

While this case apparently has reached its inevitable conclusion with the now-unremarkable requirement that Domino’s honor WCAG, the applicability of the ADA to Internet services remains roiled in confusion–especially after the 11th Circuit’s Winn-Dixie ruling, which expressly distinguished the 9th Circuit’s Robles ruling. This jurisprudential anarchy is good news for lawyers.

I’ve been thinking a lot about how Winn-Dixie said it could have complied with the ADA for $250k–far less than it, or Domino’s, spent on legal fees. From a profit/loss perspective, it’s a no-brainer to implement WCAG. Yet, upfront compliance costs are not the whole story. In discussing which versions of the website/app the experts tested, the court says:

Unlike physical stores, webpages are dynamic – as illustrated by the fact that Defendant admits to having made some 7,600 changes to its webpage and 5,200 changes to the App since the start of litigation. 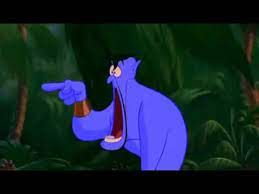 How many changes??? Based on the court’s ruling, each of those 12k+ changes over the past 5 years needed to go through a legal review to ensure ongoing ADA compliance (in addition to compliance with hundreds or thousands of other laws). I don’t envy the engineers and lawyers charged with this responsibility. ADA compliance is not a one-and-done process; any one of the thousands of technical iterations each year could inadvertently throw a service out of compliance and create significant legal exposure.

Note that this distinction could justify Internet exceptionalism. Websites/apps can and do change daily, and the cost of effectuating the changes can be trivial. In contrast, physical infrastructure routinely remains unchanged for years; and making modifications to real estate often requires weeks or months of planning, carefully constructed designs, a team of experts to implement the changes (architects, contractors, subcontractors, etc.), and government approval and review through the permitting process. The complexity, length, and magnitude of those construction projects gives ample opportunity to do the ADA compliance review. These structural differences in compliance logistics would support treating Internet services differently than physical places.