Section 230’s 25th anniversary sent me on a nostalgia kick, which prompted me to revisit some articles that influenced me when I first started thinking about Internet Law (I graduated grad school in 1994). Due to their age, many of these articles are unknown by millennials and GenZ. I thought a short bibliography would be interesting. Obviously, this list could be much longer. [Note: I acknowledge the limited diversity of the authors on this list.] 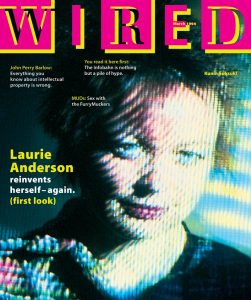 John Perry Barlow, The Economy of Ideas: Selling Wine Without Bottles, Wired, March 1994. This article shaped how I think about IP law. You can see its influence in my IP Renaissance article.

Jennifer Mnookin, Virtual(ly) Law: the Emergence of Law in LambdaMoo, Journal of Computer-Mediated Communication, June 1996. An amazing ethnography of an early online community with quirky and innovative approaches to content moderation. I aspire to write an article this good.

Michael Goldhaber, Attention Shoppers!, Wired, Dec. 1997. This article wasn’t the first to discuss the problems of attention scarcity, and it gets a little silly at the end. Still, this article got so many things right, and it inspired some of my mid-2000s work, including Data Mining and Attention Scarcity and A Coasean Analysis of Marketing.

[Note: Wired magazine was amazing in the 1990s. No other publication better chronicled the societal-wide shifts associated with the Dot Com boom. I also regularly read the mostly-forgotten Boardwatch magazine.]

Ithiel de Sola Pool, Technologies of Freedom (1984). A book way ahead of its time.

Lance Rose, Netlaw (1995). Lance Rose was an Internet Law pioneer who’s probably virtually unknown to most modern Internet lawyers due to his untimely death. This book captures how we thought and talked about Internet law when I first started practicing, when Lance was one of the few Internet Law specialists in the world.