We find it suspicious that the day after a North Texas Police Officer is murdered we have received several anti police calls in the office as well as people trying to degrade or insult police officers on this page. ANY post filled with foul language, hate speech of all types and comments that are considered inappropriate will be removed and the user banned. There are a lot of families on this page and it is for everyone and therefore we monitor it extremely closely. Thank you for your understanding.

Plaintiff alleged she responded that “insulting police officers is not illegal, and in fact has been rule time and time again, by multiple US courts as protected First Amendment speech . . . .” [FACT CHECK: This claim is correct, see this recent ruling.] She also posted ” highly offensive remarks about HCSO and the deceased police officer.” After she posted her comment, she says this and other posts were removed and she was (and remained) banned.

The court assumed the page was a designated public forum. However, because she claimed viewpoint discrimination, this did not matter. Viewpoint discrimination is never allowed. Defendants argued that the sheriff wasn’t the final policymaker with respect to the page, but the court says no. In Texas, sheriffs have plenary authority over law enforcement. Plaintiff needed to also show that viewpoint discrimination was part of official policy. The quoted language above easily satisfied this standard.

Finally, the magistrate judge, whose ruling the district court adopted, noted that removal of her comments could comply with Facebook’s own policies. The court says this was erroneous. Plaintiff wasn’t challenging Facebook’s rights to enforce its policies, but rather, the government’s decision to delete certain content. The court ultimately remands due to factual disputes regarding the current status of the sheriff’s content-deletion policy.

This is another appeals court ruling invalidating government censorship on official social media pages. Most recently, the Fourth Circuit found in favor of a plaintiff: “Blocking Constituents from Facebook Page Violates First Amendment–Davison v. Randall.” “Inappropriate,” “controversial,” “offensive,” “disparaging,” “insulting,” are all viewpoint-based determinations under the First Amendment. This was a key point from Tam, where the Court said “[the argument that the government may bar disparaging speech] offends a bedrock First Amendment principle: Speech may not be banned on the ground that it expresses ideas that offend.” The Facebook post from the sheriff’s office provided plaintiff ample ammunition to argue that the page was being administered in a viewpoint-discriminatory manner.

Takeaways for governmental entities who try to maintain Facebook pages? First, I would consider whether it’s actually necessary or useful. Given the trickiness of forum analysis, legal compliance and planning is necessary in setting up a page. This can’t be cheap. Second, consider subject matter-based restrictions and make sure they are uniformly enforced. A general-purpose Facebook page seems the least useful. Third, you’re going to have to tolerate a certain amount of criticism. Force page administrators to seek legal review before deleting or banning.

Eric’s Comments: The sheriff department’s attempted social media policy was an obvious train-wreck. However, I suspect sloppy “policies” are common among smaller government entities, especially local agencies, who are simultaneously under-resourced and thin-skinned.

This ruling highlights why US-based governments cannot successfully operate social media services. Though it doesn’t appear that Robinson intended to troll the sheriff’s office, the court’s ruling would treat anti-trolling policies as similarly engaging in viewpoint discrimination. Thus, there may be nothing that Hunt County Sheriff’s Office, or any other government agency, can do to successfully combat trolls on any social media services they operate. If so, the trolls will eventually win, and they will destroy the forum along the way. 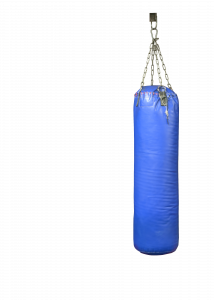 This ruling is also a cautionary tale of what will happen if non-governmental social media providers are subject to “must-carry” rules or banned from engaging in “bias” or other types of viewpoint discrimination. (Assuming such rules are constitutional, which they aren’t). Just like this court ruling sets up Hunt County Sheriff’s Office as a punching bag for social media trolls, the ruling ensures that all social media providers subject to those rules would be overrun by the trolls and quickly degrade into irrelevant cesspools. I know some people would be delighted to see the eradication of social media as an aspect of the modern human condition. If you’re not one of those folks, recognize that must-carry or no-bias regulations are almost certainly contrary to your interests and act accordingly.