[Heather is a Visiting Researcher at Harvard Law School (Spring 2017). She has also been Bigelow Fellow & Lecturer in Law at University of Chicago Law School (2014-2016) and a Googler (2007-2010). She will be a doctoral candidate in Philosophy at NYU starting this Fall.]

The majority opinion in Packingham v. North Carolina “equate[d] the entirety of the internet with public streets and parks” and declared it “clear” that “cyberspace” and “social media in particular … [are] the most important places (in a spatial sense) for the exchange of views.” Indeed, the Court went so far as to call social media “the modern public square” and thought it “[a] fundamental principle of the First Amendment … that all persons have access” to it. 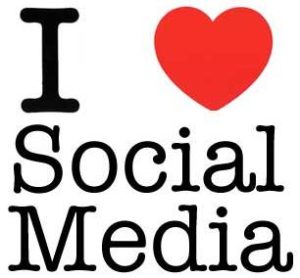 Most commentators have thought the main takeaway from all this is that the government is now unable to limit individuals’ access to internet sites (Justice Alito’s stated concern). And from this they have inferred a second takeaway. Namely, that the First Amendment now protects internet companies in imposing whatever private rules they like. I question this inference. Conceiving of these sites as the modern public square may indeed make it difficult for states to deny individuals and organizations access to them. But, it may also make it much harder for these sites to deny access to users and advertisers. And, as I’ll briefly mention at the end, if Packingham makes it harder for these sites to deny users access, it may also call into question the constitutionality of Section 512(i) of the DMCA, which conditions service provider safe harbor on their terminating access for repeat infringers in “appropriate circumstances.”

In short, it’s worth stopping and asking: what are the implications of thinking of Facebook or Twitter or Google as the modern public square? I think it more complicated than some have said. To that end, here are a few thoughts:

A number of (not well resourced) litigants have argued that companies like Google violate both their First Amendment rights and a litany of unfair and deceptive practices laws when they delist their sites, refuse to run their ads, block their accounts, remove their videos, etc. Companies like Google successfully respond in two ways. First, analogizing themselves to the newspaper editor in Tornillo, they argue that their decisions about what to rank, which ads to run, etc. are editorial judgments, and forcing them to do otherwise would constitute unconstitutional compelled speech. Second, they point out that the First Amendment proscribes the conduct of government actors, not private ones. Courts, in cases like Zhang, Langdon, Search King, and Cyber Promotions have agreed with these companies on both counts.

As for the first argument (that the company outputs are their First Amendment speech), it continues to be debated by scholars. As my co-author Robert Simpson and I discuss in a forthcoming article, it’s been something of a war of analogies. Google as editor v. Google as conduit v. Google as shopping mall. So, does seeing these spaces as the modern public square change this analysis? Hard to say, but seeing these spaces as public squares may make courts more receptive to a non-editorial framing. Conceived of as a public square, people may not see these site layouts and ad placements as the company’s speech, which at minimum may bolster the argument that requiring Facebook to accept a particular ad isn’t compelling Facebook to speak at all. Again, hard to know.

But as interesting as that all is, Packingham’s implications for the state action doctrine seem even more so.

As is well known by legal scholars (less so by everyone else), the First Amendment protects people from government restrictions on speech, not restrictions leveled by private actors. There are, however, exceptions. The Court has adopted various tests for determining state action and I’ll avoid guessing which one(s) it’ll use going forward. But, as the Court said in Marsh, “[t]he more an owner, for his advantage, opens up his property for use by the public in general, the more do his rights become circumscribed by the statutory and constitutional rights of those who use it.” In equating the internet with public streets and parks and finding them “the most important places” for First Amendment speech in modern times, the majority certainly seems to think these companies are, contra the shopping center in Lloyd Corp. Limited v. Tanner, open to the public for general purposes. Indeed, companies like Facebook and Google have consistently tried to frame themselves as neutral platforms where third-parties speak. And, contra the private shopping center in Logan Valley Plaza, the Court in Packingham seems to think being denied access to social media sites deprives people of a reasonable opportunity to convey their message.

As I mentioned briefly above, Packingham may also call into question the constitutionality of Sec. 512(i) of the DMCA. Annemarie Bridy talks about this more here. While she finds that Sec. 512(i) is not state action, considering that online is the modern public square and the state requires providers to deprive access to users in order to themselves escape substantial liabilities, I can imagine some arguments to the contrary.

Finding these companies vulnerable to the First Amendment challenges of users is no slam dunk, and the Court may walk back its language going forward. But, at least for now, Packingham might tip the scales a bit more in that direction. If I were at any of these companies, I’d wish Justice Alito’s concurrence had been the majority.

← Frequency of Courts’ References to Emojis and Emoticons Over Time
Section 230 Protects Google’s Decision Not To De-Index Content–Bennett v. Google →
Subscribe to Blog via Email
Categories