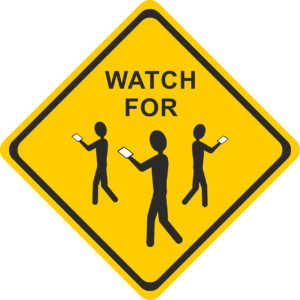 You recall the Ninth Circuit’s Doe v. ModelMayhem (Doe #14 v. Internet Brands) ruling from earlier this year. It held that a website couldn’t invoke Section 230 against a claim that the site should have warned its users about potential risks of offline harm. Internet Brands requested another rehearing by the panel or a rehearing en banc, and the Ninth Circuit declined the request earlier this week. I’m not sure if the defense will now appeal to the U.S. Supreme Court or challenge the lawsuit on its (lack of) merits back in the district court.

Many experts still think that it’s almost impossible for plaintiffs to prove that websites owe a special duty to their users, in which case failure-to-warn claims will fail on prima facie elements. If that’s where we’re headed, Section 230 is an appropriate and more efficient way of achieving the same outcome (see Doe v. MySpace). There are a virtually infinite number of potential risks that a website could warn users about, and plaintiffs can always find *something* that wasn’t disclosed. Meanwhile, websites will feel more pressure to further lard up user agreements with progressively less meaningful disclosures on the chance they might dissuade future failure-to-warn cases. If you think online user agreements are already too long and filled with too many irrelevant disclosures, you ain’t seen nothing yet.

Some failure-to-warn cases are already in the court system, and the ModelMayhem ruling gave new life to those cases. Today’s ruling is one of those cases. It involved a Match.com user who was violently assaulted by another user (a crime for which he was sentenced to a long jail term before he died in jail). The assailant had been a criminal suspect in the past, and the victim claims that Match.com should have protected her from him. Numerous questions surround this suit, such as: what did Match.com know and when; should Match.com try to screen out members based on unproven criminal allegations; and what disclosures or screening efforts by Match.com would have effectively protected the victim? These questions ought to be legally academic because Match.com lacks the requisite special relationship with the user/victim to trigger any warning/protection obligations.

The district court bypassed these questions by citing (persuasively, IMO) Section 230. The Ninth Circuit instead gave the victim another chance to plead her case against Match.com (cites omitted):

Nevada law provides that, when a defendant has actual knowledge of a specific harm, that defendant has a duty to warn known, foreseeable victims of known, foreseeable harms. At oral argument, Beckman’s counsel represented that if granted leave to amend, Beckman could allege that Match had actual knowledge that Ridley had identified and attacked other women using Match’s service prior to his attack on Beckman. In light of counsel’s representations and Doe Number 14, Beckman should have the opportunity to cure the deficiencies in her failure to warn claim, if possible.

The ruling highlights the perniciousness of this exclusion to Section 230’s immunity because all of the victim’s other claims were immunized by Section 230:

The district court properly concluded that the Communications Decency Act (“CDA”), 47 U.S.C. § 230, barred Beckman’s claims for negligent misrepresentation, violation of the Federal Trade Commission Act (unfair trade practices), and putative negligence per se….The basis for each of those claims is Match’s role as a publisher of third-party information.

In 5-10 years from now, I expect so many failure-to-warn cases against UGC sites will have failed that plaintiffs will recognize this Section 230 exception isn’t that useful. Unfortunately, it will take socially expensive (and wasteful) litigation fiestas to reach that result.