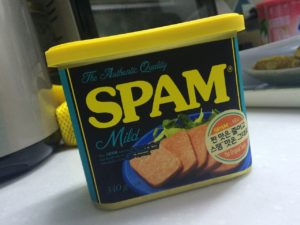 Arkansas has a statute that prohibits:

use a telephone for the purpose of offering any goods or services for sale, or for conveying information regarding any goods or services for the purpose of soliciting the sale or purchase of the goods of services, or for soliciting information, gathering data, or for any other purpose in connection with a political campaign when the use involves an automated system for the selection and dialing of telephone numbers and the playing of recorded messages when a message is completed to the call number.

Ark. Code Ann. 5-63-204. Plaintiff is a political consultant who engages in political communications, including using automated calls. Along with his entity (Conquest), he challenged the statutory restriction on the use of automated dialers for political polling.

The parties agreed that the statute was a content-based restriction and was thus subject to strict scrutiny. The state was required to articulate a compelling interest. It came up with two privacy and one safety-based concerns. The privacy rationales were: protecting the privacy of the home from unwanted calls and protecting recipients from repeated, unwanted intrusions. The safety concern was to prevent phone lines from being tied up and thereby jamming emergency calls.

The court says these concerns are perhaps substantial but not compelling. Even if compelling, the statute still fails because it is not narrowly tailored. The state could not explain why calls other than those targeted by the statute—commercial and polling calls—would not present the same privacy and safety concerns. The statute contains several glaring omissions, including charitable calls and debt collection calls, and all the state could say was that it did not receive any appreciable quantity of complaints regarding these types of calls. The court rejects this argument, as well as the state’s related argument that political and charitable solicitations are subject to other regulations (implying that regulation of those types of robocalls is unnecessary).

Finally, the court also notes that the state failed to explain why other less restrictive means—such as restrictions on calls made during certain times of day, or a do-not call list—were insufficient. Plaintiffs pointed to statutes in other states that employed these types of restrictions, and the state could not explain why those approaches would not work.

This was a poorly drafted statute. Even assuming political and commercial calls warrant special (disfavored) treatment, I can’t think of why polling in particular should be prohibited while other types of political calls may not be covered by the statute.

This is at least the second time a court has invalidated a selective robocall statute. Cahaly v. Larosa, a Fourth Circuit case, struck down South Carolina’s robocall statute. Both rely on Reed v. Town of Gilbert, which did not seem like a blockbuster case at the time but has certainly turned into one.

In the course of blogging spam cases, I’m pretty sure I have said at least on one occasion that First Amendment challenges against spam statutes are a bust. Statutes restricting text, email, and fax have all been challenged on First Amendment grounds with little success. (See the links below for some examples). This case makes me wonder whether First Amendment challenges to anti-spam laws are worth revisiting. There are two key differences between the statute at issue here and spam statutes: (1) CAN-SPAM does not impose criminal liability for merely transmitting accurate messages (its criminal provisions are narrower); and (2) CAN-SPAM only applies to commercial messages. On the other hand, the TCPA, along with various exemptions, has resulted in much more of a patchwork of content-based distinctions. And at least two lawsuits are challenging the constitutionality of the TCPA based on this. (See “The TCPA As Great Uniter? Democrats and Tea Party Republicans Join Forces, File Suit Seeking To Have The TCPA Declared Unconstitutional.”). It will be interesting to see how these challenges pan out.

Virginia v. Jaynes – This time Really is the End

Still Standing? Catching up On the Jaynes Case