This is an earnout dispute arising out of Internet Brands’ purchase of the “doityourself.com” website. The website was launched in 1995. By 2006, it averaged 1,770,000 unique monthly visitors and earned almost $1 million in revenues. In December 2006, Internet Brands acquired the site for $8.5 million in cash and up to $7 million in earnout payments. 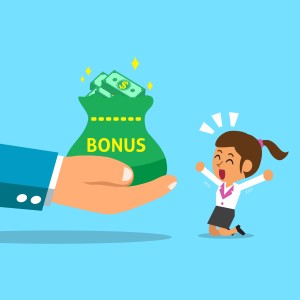 The earnouts were based on traffic figures during April through December of 2007 ($2.5 million), plus the 2008 ($2.5 million) and 2009 ($2 million) calendar years. The earnouts were based on minimum and maximum traffic figures: 2 to 2.75 for 2007, 2.5 to 3.35 for 2008 and 3 to 4 million for 2009. There was a final earnout payment that was triggered if the sellers earned less than $5 million of the yearly earnouts. If the revenues were between $3.5 and $7 million, the sellers would receive up to $5 million (pro-rated). The agreement did not contain specific restrictions on how Internet Brands would operate the site but required it to operate the site in good faith:

Following the acquisition, Internet Brands claimed it operated the site with gusto. It said it treated the site as one of its top-tier properties and invested resources and earnings back into the site. Traffic increased significantly. It earned a total revenue of $3.9 million in 2008 and 2009. However, because the traffic did not meet the requisite targets, Internet Brands did not pay anything under the earnout. The site also barely met the lower threshold of the aggregate revenue, and the sellers received a payout of $183,893.

The sellers sued, but their lawsuit was whittled down to a breach of the duty of good faith, which proceeded to trial. Following a bench trial, the trial court rejected the sellers’ claim for breach of the duty of good faith. However, the court did find that Internet Brands wrongly deducted hosting costs as costs of goods sold. (The definition was tied to GAAP and this allowed a deduction for cost of physical goods.) Thus, the sellers were entitled to an additional $430K.

The sellers challenged the trial court’s ruling on bad faith. They quibbled with the interpretation of numerous pieces of evidence (e.g., whether Internet Brands tended to its stable of authors; when the more advanced content management system came live), but the court readily rejects their arguments. One of the sellers’ key pieces of evidence was the testimony of an Internet Brands’ employee that her instructions were to “not break shit” and “keep shit running.” The court responds that this doesn’t indicate the company ignored the website.

The sellers also argued that the traffic figures for some months were suspiciously just below the thresholds, and this somehow indicates bad intent. The court responded that Internet Brands can’t control traffic to this extent. Traffic is driven by various factors such as SEO, Google rankings, the economy, to name a few:

there was no dispute that Internet Brands had no control over how the Google search engine ranked the website, and thus had no control over how many Internet users saw—and therefore visited—their website. Instead, traffic to the website is driven in part by the content on the website, and in part by the economy, the changing Google algorithm, publicity, and societal trends. The Great Recession in late 2008 was an economic factor that likely affected the traffic. In any event, Internet Brands’ lack of control counters the inference of nefarious manipulation.

The sellers also argued that there were many improvements Internet Brands could have made but didn’t (e.g., “writing more “high quality” articles, writing longer articles, assigning personnel dedicated to the website, setting traffic growth benchmarks, keeping written records, and building external links to the website”). However, the court says that “good faith” doesn’t mean best efforts. It also doesn’t require the buyer to exercise the same judgment as the sellers. Finally, the sellers said that Internet Brands wrongly deducted the cost of hosting (which the court agreed with) and this taints all of Internet Brands’ decisions. The court disagrees.

Earnouts were invented to keep litigators in business. Unless carefully crafted, they are a bad idea, and even then, they seem like a bad idea for websites anyway.

Good faith is an easy fallback for lawyers, but as this ruling shows, if you’re in the position of having to argue someone breached their duty of good faith, you have an uphill battle. On the other hand, it’s a vague enough standard that a plaintiff can easily survive summary judgment by pointing to a bunch of equivocal facts. In other words, it is also fodder for litigation.

Finally, the court’s finding that Internet Brands wrongly deducted the server costs as costs of goods sold was interesting, and a good illustration of how off-line definitions don’t always easily track to the online world. When in doubt, be specific!

Eric’s comments: Two items to add to your “red flags” list of things that should not appear in contracts: Earnouts and the phrase “good faith.” They are almost guaranteed to generate disputes–especially earnouts, where the seller always will be able to second-guess the buyer’s management of the asset. Further, earnouts can be misdesigned to have regressive financial consequences, i.e., a marginal dollar of revenue (or, in this case, traffic) can trigger hundreds of thousands or millions of dollars of earnout payouts, so the buyer will have lots of incentives to avoid doing that. I couldn’t tell if this earnout was misdesigned but it looked like it might be. Of course, the court is wrong that Internet Brands couldn’t control incoming traffic. For example, it could ramp up–or down–ads to drive traffic, as well as social media links, email blasts, etc.; and I don’t think the court discussed the reliability of the traffic counting system, but different systems count traffic very, very differently. The sellers obviously couldn’t find the right evidence to prove that Internet Brands actually sandbagged, but the real “fault” lies with the earnout designer for creating incentives to sandbag in the first place.