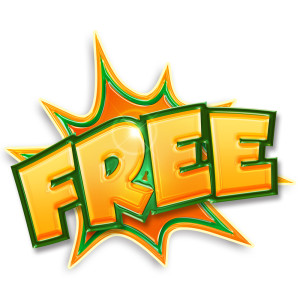 This lawsuit alleges that Google benefits unfairly from consumers’ responses to Google’s CAPTCHA. Plaintiff, a Massachusetts resident, responded to a two word CAPTCHA prompt when signing up for a Gmail accout. She alleged that only one of the two words serves a security purpose, and Google included the second word to decode words that Google’s OCR failed to recognize. Google earns revenues from these transcriptions and offers its services to companies such as New York Times (among others). In other words, she alleged that Google benefited unfairly from her time and energy spent on the second of the two CAPTCHA words!

She brought the lawsuit in Massachusetts, and it was transferred to California due to the choice of law clause in Google’s terms of service. Previous blog post. The California court then dismisses the claims on its (lack of) merits, without leave to amend.

CLRA Claim: The CLRA claim failed for several reasons. First, plaintiff failed to identify a misrepresentation. She can’t show concealment. To the extent she argued that explanatory text on the CAPTCHA page was misleading by omission (for wrongly implying that the entirety of the CAPTCHA was “necessary to prevent automated signups”), any omission was not material. Plaintiff also failed to allege reliance or damages. Here the court notes that “Google’s profit is not Plaintiff’s damage.” (Cf. the online advertising cases.) Finally, the court says that the CLRA does not even apply to a purely online service (to the extent CAPTCHA is even a service).

UCL Claim: The UCL claim also fails. The unlawful prong relies on the CLRA and Massachusetts law claims so they fall as well.

As to the unfair prong, the court flatly rejects the argument that Google’s behavior is somehow unfair. Indeed, Google provides beneficial services and sometimes this is subsidized by user actions:

Google’s behavior is also not immoral and oppressive because the harm—if any—of typing a single word without knowledge of how Google profits from such conduct does not outweigh the benefit. Google’s profit is not the only benefit the Court considers in this balancing test—completing the prompt also entitles users to a free Gmail account. Moreover, users’ transcriptions increase the utility of other free Google services such as Google Maps or Google Books. Plaintiff has failed to allege how these numerous benefits outweigh the few seconds it takes to transcribe one word. [emphasis in original]

The fraudulent prong fails for two reasons. First, there’s no misrepresentation. Second, plaintiff fails to allege economic injury. She argued that she gave Google more than she was prepared to give (i.e., she was willing to transcribe one word, but not two), but the court rightly laughs this argument off.

This lawsuit vaguely reminded of the lawsuit against Yelp alleging that Yelp should pay compensation to reviewers.

The court has no patience for this lawsuit, and questions whether it should have been brought in the first place. At oral argument, apparently the court pressed counsel for plaintiff on whether if granted leave to amend, plaintiff could allege that she would not have completed the CAPTCHA had she known the second CAPTCHA word was solely for Google’s benefit. Counsel was unable to answer this question in the affirmative, because counsel had not conferred with plaintiff on this point. The court says this probably should have occurred prior to the lawsuit being filed (and pursued in two states). Nevertheless, the court says that an affirmative answer would “def[y] common sense”. In other words, the lawsuit fails the common sense test.

This ruling ranks as one of the most interesting Internet law rulings so far in 2016. As pitched by the plaintiffs, Google stole a small amount of time and attention from a large number of people for Google’s own commercial gain. Yet, the court says “so what?” When the amount of attention consumed is so trivial (the time it takes to decode a single word), this judge won’t go out of her way to find legal recourse. (Hence, the refusal to allow the plaintiffs an amended complaint). As Venkat notes, this result parallels the Yelp-reviewers-as-employees lawsuit, which also got zero traction in court.

More generally, this case reinforces that not every asymmetrical economic benefit exchanged online must be compensated. Parties in a mutual exchange rarely get the exact same amount of value from the exchange, but the fact that one party derives more value from the exchange than the other shouldn’t create a federal case. So many privacy and consumer protection class actions nowadays fundamentally attack asymmetrical economic exchanges. Plaintiffs are going to have to show more than benefit asymmetry to win in court.

The case is also interesting because it says completing a CAPTCHA isn’t either a “good” or a “service” for purposes of the applicable statute. Normally, we think of goods and services together defining the complete universe of marketplace offerings. This case indicates that there’s a tertium quid of interactions between vendors and customers that aren’t either goods or services and thus fall outside the normal legal regulations applicable to marketplace exchanges. I don’t fully understand the contours of this tertium quid but I bet defendants will be citing it in future cases.