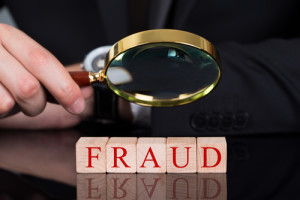 Moore was a paid Angie’s List subscriber. The court summarizes some of her key fraud contentions:

Moore alleged that she submitted a negative review of her contractor on Angie’s List, at which point she saw for the first time that he had received other negative reviews, information which she contends would have forestalled her hiring the contractor. She also alleged that she had a reasonable expectation of access to all reviews for a given service provider. And she alleged that she confronted an Angie’s List representative about “the suppression of negative reviews” and spoke of her experience to an electrician of her acquaintance who allegedly told her that “he pays ‘to be at the top’ of search results” on Angie’s List. Moore also stated that until then she was unaware (and had no reason to know) that service providers could “pay to manipulate search results.” Indeed, she points in her complaint to the company’s representations that “businesses don’t pay” and that it always places “the interests of the consumer first.”

The court says this sufficiently alleges a fraud claim:

The altered rankings that Moore alleges, and her acquaintance’s disclosure that he paid to alter his ranking, as well as the defendant’s nondisclosure of business practices that she claims, sufficiently allege a form of misrepresentation material to Moore’s use of the website. She also alleges her reliance on the defendant’s manifold utterances of its consumer-oriented ethos. And she has sufficiently pled Angie’s List’s non-disclosure or omission of its business practices with providers.

13. PUBLICATION AND DISTRIBUTION OF CONTENT. Angie’s List does not guarantee the accuracy, integrity, quality or appropriateness of any Content transmitted to or through the Service. You acknowledge that Angie’s List simply acts as a passive conduit and an interactive computer service provider for the publication and distribution of Content….

14. SERVICE PROVIDERS. Angie’s List does not endorse and is not responsible or liable for any Content, Service Provider Content, data, advertising, products, goods or services available or unavailable from, or through, any Service Providers….

The court says that Moore’s contract breach allegations were sufficient:

These provisions unambiguously depict the website with which Moore contracted as a provider rating system based on “first-hand” consumer reviews, unshaped by input from any other source. She alleges a breach by averring that (1) an electrician of her acquaintance disclosed that he pays Angie’s List to alter his rating, and (2) she could not initially view all negative reviews of the provider she contracted with–both of which counter Angie’s List’s representation that it is simply a passive conduit for the publication of content about providers.

The case is at an early stage. This isn’t a great ruling for Angie’s List, but Moore still faces a long road to final victory. The court seemed so open to Moore’s allegations because procedurally the court had to accept her allegations as true. Moore eventually will need to prove her allegations, and she won’t get the same favorable presumptions later in the case. Further, due to the case’s early procedural stage, the court declined to consider most of Angie’s List’s evidence. Angie’s List will get a chance to introduce exculpatory evidence later in the case. Also, even if Moore can establish her claims as an individual, it will be harder to certify a class of other Angie’s List customers, and denial of class certification would make this case much less significant.

Winning consumer trust. This ruling highlights the balancing act faced by review websites. Review websites must convince consumers that their site’s reviews and ratings are trustworthy, but efforts to educate consumers about the trustworthiness of the reviews and ratings creates additional legal risk of overclaiming or otherwise misleading consumers. As Moore’s claims illustrate, plaintiffs will pick apart every word uttered by a review website. Naturally, review websites can tone down how they describe their editorial practices, but the reduced disclosures may make it harder to win consumers’ trust. This tension leads to the typical clashes between the marketing and legal departments of review websites, and marketing often wins those battles.

Pay-to-play conspiracy theories. This case also illustrates that even subscription-based review websites will face conspiracy theories about collusion with advertisers. These types of pay-to-play allegations have dogged Yelp for a decade, and indeed, a year ago Yelp lost a very similar ruling where a court allowed a case to proceed over Yelp’s claims that it had the “most trusted” reviews. In contrast, Angie’s List has historically floated above that fray because its subscription revenues from consumers should reduce any pay-to-play temptation.

I asked Angie’s List to clarify its policies for suppressing or hiding reviews, and here’s what they told me:

Angie’s List’s policy is to not modify, suppress, or alter service provider ratings or member reviews, positive or negative. Angie’s List protects the integrity of its reviews, and strives to ensure we are fairly presenting our members’ reviews and ratings. A service provider’s decision whether or not to pay to advertise with Angie’s List has no influence on the service provider’s rating or the visibility or availability of reviews about that service provider. As fully disclosed on our website, Angie’s List allows providers who have earned an overall “A” or “B” rating to advertise in the form of exclusive discounts available to our members. Such highly rated providers are placed at the top of search results, but advertising does not affect either the provider’s rating or the content of member reviews of that provider.

As Yelp has learned all too well, so long as Angie’s List accepts money from reviewed businesses in exchange for heightened promotion, it will find it hard to squelch pay-to-play conspiracy theories.

Immunity and false advertising. Review websites rely heavily on 47 USC 230, a law Congress enacted in 1996 that moots many lawsuits predicated on user-generated content. For example, one section of Section 230 (47 USC 230(c)(2)) immunizes a website’s decisions about how to filter user content–a potentially helpful provision in this case. However, Section 230 interacts awkwardly with contract breach and false advertising lawsuits like this one, where the plaintiff complains about how the site discloses its policies and practices. Conspicuously, the opinion doesn’t discuss Section 230 at all. Perhaps this case reminds websites that, despite Section 230’s power, they still need to watch their words.

It does seem anachronistic that Angie’s List calls itself a “passive conduit.” Websites used that kind of language in the mid-1990s to try to avoid liability as an editor. However, Section 230 made clear that websites avoid liability for user content, irrespective of whether the review website actively manages its database or does nothing at all. Here, instead of helping Angie’s List, the “passive conduit” language counterproductively potentially exacerbates its liability.

Furthermore, consumers don’t want review websites that present consumer reviews “passively”; such sites would be completely untrustworthy. Instead, consumers want and expect review websites to curate, synthesize and package the consumer feedback (and police against review gaming) to make it more functional and trustworthy. Review websites (or, for that matter, any user-generated content websites) still calling themselves “passive conduits” really ought to reconsider that language.