Do you remember the 1990s debates over whether cyberspace is a “place,” and why that might matter? Yeah, we’re back to that.

intentionally, and for no legitimate purpose, engages in a course of conduct directed at a specific person, and knows or reasonably should know that such conduct: (3) is likely to cause such person to reasonably fear that his or her employment, business or career is threatened, where such conduct consists of appearing, telephoning or initiating communication or contact at such person’s place of employment or business, and the actor was previously clearly informed to cease that conduct. 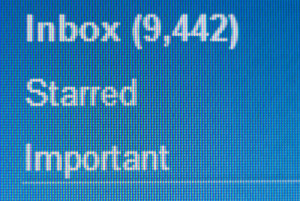 Although the defendant allegedly engaged in numerous unwanted contacts with the purported victim, the only facts alleged to constitute making contact “at such person’s place of employment or business” is that “defendant sent ten to fifteen emails to the complainant’s work email address.”

This implications the classic cyberlaw dichotomy between physical and virtual spaces. How much physicality does the “place of employment or business” require, and does an email in-box have sufficient physicality to satisfy that standard? The court concludes that “place of employment or business…refers to an actual, physical location” and that doesn’t include email inboxes. The court briefly explains why:

* other statutes using the same words have interpreted it to mean physical locations, and the court wants to keep the definitions consistent.
* service of process rules sometime allow email notification as an alternative to service in physical space, suggesting email inboxes are something different.
* the point of criminalizing stalking in workplaces was to recognize “the damage to public order and individual safety” from stalkers, including the risk of physical harm that may ensue. The court doesn’t close this thought, but the implication is that emails in an inbox don’t create an equivalent risk to the public order or physical safety. (Cf. the uncited Drahota case).
* a different crime already covers stalking via email, which alleviates the temptation to stretch this statutory language.

This ruling reminds me of Noah v. AOL from 2003, a case I’ve used to introduce students to Internet Law for a dozen years. You may recall that Noah sued AOL for racial discrimination because other users made offensive anti-Islamic statements in AOL’s chatrooms. The court said that, for purposes of the applicable anti-discrimination law, a chatroom wasn’t equivalent to a physical establishment where the same comments might have been made. Although the court doesn’t explain its thinking in great detail, it’s clear that one obvious difference between a chatroom and a physical establishment is the risk to public order and individual safety. Irrespective of the emotional harm caused by other chatroom users’ words, there’s virtually zero chance of a bare-knuckled fistfight breaking out between chatroom participants. Similarly, in this case, the stalking via email wasn’t likely to lead to physical confrontations which might occur if a stalker shows up at a workplace.

This case also brings to mind the conflicting rulings regarding “places of public accommodation” for ADA purposes. A few activist judges (Scribd, Netflix) have twisted those words to cover exclusively electronic services, but most cases, like this one, limit the language to “actual, physical places or structures.”