Court Rejects Argument That ECPA Does not Apply to Spousal Interception of Email–LaRocca v. LaRocca 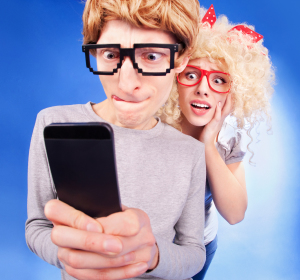 Eloisa LaRocca alleged that her former husband installed spyware on her computer and intercepted emails she sent. The ex-husband moved for summary judgment on the basis that ECPA did not apply to spousal interceptions of electronic communications. The ex-husband also challenged Eloisa’s argument that the computer that she used to access the email was her separate property, and that she had any expectation of privacy in the emails on that computer.

The court denied the husband’s motion. Although prevailing Fifth Circuit law (see Simpson v. Simpson from 1974) doesn’t impose ECPA liability in the context of spousal monitoring of emails, the court distinguishes this case because divorce proceedings had already commenced when the monitoring occurred. The court also distinguished the breadth of the husband’s data collection:

The facts in the instant case do not represent the kind of private marital issues that the Court in Simpson had in mind when they established the interspousal exception. This is more comparable to one litigant accessing unfiltered all communications of an opposing party than simply accessing non-privileged evidence of spousal discord. The fact that the parties were still technically married by virtue of their divorce not yet being final does not make the facts substantially similar to Simpson.

Apparently, in Simpson, the husband only listened in on conversations with a possible paramour.

The court rejects the husband’s motion for summary judgment, but expresses some doubt as to whether the computer was Eloisa’s separate property and whether she had a reasonable expectation of privacy in the computer or communications.

We’ve blogged about interspousal monitoring cases before, and the precedent in the area is growing. Some involve the monitoring of communications, but other cases involved things like GPS tracking. A typical issue is whether the former spouse that was monitored used a computer that was separate or community property. Spouses also often share passwords, which creates ambiguity over whether access by the monitoring spouse was implicitly authorized.

This case was interesting because it focused on an interspousal exception. The language from the Simpson case, which the court distinguished, feels antiquated at best:

Harboring uncertainties as to his wife’s faithfulness, appellee obtained a device for tapping and recording telephone conversations. He attached the device to phone lines within his home, and thereby intercepted conversations between his wife and another man. The conversations were mildly compromising establishing that the other man was making advances, and that while the wife was resisting, she was not doing so in a firm and final fashion. Convinced that he had “caught her,” appellee played the tapes, or portions thereof, to various neighbors and family members. He also played them for a lawyer, on whose advice the wife agreed to an uncontested divorce.

Tough to imagine a court in 2014 using language like this.