[Two brief introductory notes: (1) the trade secret bills have been dormant in Congress pending the November elections, but don’t rule out the possibility of them roaring back immediately thereafter, and (2) I have uploaded an expanded version of this post, with extensive citations, to SSRN, so you might prefer reading that version.]

Trade secrets usually don’t grab headlines the way that patents or copyrights do, but don’t let that fool you about their importance. Studies regularly show that most businesses care more about trade secrets than either copyrights or patents. In fact, trade secrets are implicated by every aspect of a company’s operations, including dealings with employees, vendors and customers. And while there are millions of issued patents and registered copyrights, the total number of protectable trade secrets is nearly infinite.

Due to the qualitative and quantitative importance of trade secrets to our economy, our regulatory approach to trade secrets can have major consequences–both good and bad. Thus, you’d think that if Congress were contemplating a major change to trade secret law, that would be big news that would garner close media attention. Yet, in perhaps the most important pending legislation you aren’t (currently) paying attention to, Congress is in fact currently considering two bills to create an entirely new federal law protecting trade secret rights. Whether you agree with the bills or not, they deserve your careful scrutiny.

Trade secrets are principally protected under state law, not federal law. 47 states have adopted a model law called the Uniform Trade Secret Act (UTSA). However, adoptions of the UTSA are not exactly uniform. State laws typically provide both civil and criminal remedies.

In addition to the EEA, the federal Computer Fraud & Abuse Act (CFAA) prohibits misuse of a third party’s computers. It wasn’t designed as a trade secret protection law, but it’s frequently invoked in trade secret-like disputes–especially when employers allege that a departing employee misused the employer’s computers during or after their departure. The CFAA provides both criminal and civil remedies.

As this overview of existing law indicates, trade secret owners don’t currently have a federal civil cause of action for trade secret misappropriation. For several years, bills have been introduced into Congress to fill this perceived gap. Those bills have gone nowhere, but they have helped coalesce a growing coalition of supporters for a new federal law. 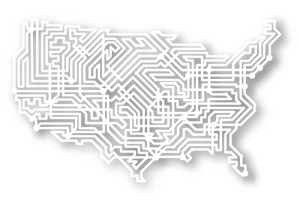 The latest iterations are the Trade Secrets Protection Act of 2014 in the House (HR 5233) with 18 co-sponsors (11 Republican, 7 Democrats); and the Defend Trade Secrets Act of 2014 in the Senate (S2267), sponsored by Sens. Coons (D-DE) and Hatch (R-UT). Both bills substantially follow the UTSA’s language, although the textual differences could create confusion because the UTSA’s large corpus of interpretative precedents wouldn’t help. Further, both bills would create a brand new ex parte seizure provision that doesn’t have an equivalent in the UTSA (more on that shortly). Also, the bills are quite similar to each other; the House bill has a slightly narrower scope of claims, extra limitations on the ex parte seizure mechanism, and more specificity about pre-enactment claims.

Do We Need A New Federal Trade Secret Law?

While the bill supporters obviously would enjoy having more legal tools that help them win more enforcement actions, it’s not otherwise clear what problem the proposed bills are designed to solve. The UTSA is already the law of the land, and the bills largely track the UTSA. To the extent the bills simply replicate the current state law, then what’s the point?

One possible justification could be that the bills would eliminate state variations in the UTSA. That way, the federal law could establish a truly uniform national law. However, the bills explicitly say that they don’t preempt state laws. Thus, the bills would preserve all of the existing state law complexity–and then exacerbate the complexity by adding a new legal rules that will require a new body of judicial interpretations. Collectively, the extra complexity is likely to increase litigation costs for both plaintiffs and defendants, with little countervailing benefits.

Perhaps the goals of the proposed bills are to do something beyond the UTSA’s current reach. For example, much of the rhetoric supporting the proposed bills relates to fears about Chinese espionage. However, the Economic Espionage Act already applies to that problem. If the concerns about Chinese snooping are legitimate (and not just classic inside-the-Beltway scare tactics), perhaps we just need more enforcement of existing laws rather than a new law.

For a more thorough deconstruction of the purported reasons for a federal trade secret civil cause of action, see Prof. Chris Seaman’s (Washington & Lee) forthcoming article and a recent letter by Profs. David Levine (Elon) and Sharon Sandeen (Hamline) and signed by over 30 professors. [Note: I joined that letter]

So exactly what’s the problem that a federal trade secret law solves, and is it the right solution to that problem? Given the confusing rhetorical hyperbole, and the solid foundation of existing laws already on the books, the answers to those questions aren’t clear.

The proposed bills’ most significant departure from the UTSA is a proposed new ex parte seizure provision. The UTSA does not explicitly provide an equivalent procedure, though civil procedure law provides several mechanisms for plaintiffs to obtain quick relief, including ex parte temporary restraining orders (TROs) in extraordinary circumstances.

Why would trade secret owners want an ex parte seizure provision? “Ex parte” means that the trade secret owner appears in court, alone, to tell its story to the judge. In other words, the judge only hears one side of a story, even though the “full” story could be complex and contentious. As a result, the seizure provision would allow trade secret owners to go to court, unopposed, and obtain a court order to grab some of their competitors’ stuff. (The House bill is vague about exactly what stuff can be grabbed: it allows “the seizure of property necessary to preserve evidence…or to prevent the propagation or dissemination of the trade secret that is the subject of the action.”)

In practice, the provision effectively could let trade secret owners take competitors out of the marketplace for a period of time. I think this would be an especially attractive tactic as a parting gift for former employees who go to competitors or try to start up a new competing venture. The threat of a seizure, issued behind closed doors without the target’s knowledge, is a menacing tool that can be easily misused to abuse departing employees and competitors who want to hire them.

The House bill (and to a much lesser extent, the Senate bill) provides some checks and balances to reduce the risk that trade secret owners would misuse the ex parte seizure. However, no matter how strong those checks and balances are, I don’t believe it’s possible to salvage the concept of a new ex parte seizure procedure for two principal reasons.

First, we know that ex parte proceedings routinely go wrong in other IP contexts. For example, the US government has been seizing domain names on an ex parte basis, which has led to several egregious mistakes. In the civil context, IP owners who’ve sought ex parte relief frequently ask for–and get the judge to grant them–obviously overbroad relief. These all-too-common errors occur because judges expect to hear two or more sides of a story. When presented with only one side’s arguments, judges systematically overweight the plaintiff’s unrebutted assertions and don’t adequately research the facts or the law to identify otherwise obvious deficiencies.

This means we simply cannot take competition-distorting actions based on a purported owner one-side claims to own trade secrets; those self-interested assertions are too likely to be wrong or overstated, even if made in “good faith.” Instead, the only reliable way to know if information qualifies as a trade secret is to hear another side of the story from a financially motivated adversarial party. By definition, ex parte proceedings categorically cannot achieve this level of reliability because there’s no adversarial party at all.

The bills effectively ignore the “is there a trade secret?” problem. In the House bill, the plaintiff simply needs to show that it “is likely to succeed in showing that the person against whom seizure would be ordered misappropriated the trade secret and is in possession of the trade secret.” The Senate bill is completely silent on the issue.

We could try to fix the bills to better address the trade secret existence/ownership problem, but there’s no way to fix the problem adequately. As a result, the only logical solution is to remove the ex parte seizure provisions from the proposals entirely, directing trade secret owners to rely on existing civil procedure mechanisms rather than getting a new expedited fast lane. Until the ex parte seizure language is deleted, I encourage everyone to strongly oppose the bills.

← When Does Online Criticism Become “Stalking”?–Ellis v. Chan
Court Rejects Argument That ECPA Does not Apply to Spousal Interception of Email–LaRocca v. LaRocca →
Subscribe to Blog via Email
Categories