I know of only two pending trademark lawsuits against search engines for selling trademarked keywords: Parts.com and Carla Ison. Ison’s lawsuit has been dismissed and is on appeal, where it will be crushed. This week, Parts.com’s lawsuits against Google and Yahoo were also mostly dismissed, but Parts.com can refile some of their lawsuit–and I’m sure they will, despite the obvious futility. 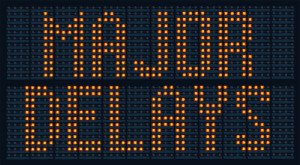 Parts.com’s trademark claims against Google was dismissed for laches. Parts.com had sent Google a C&D in November 2007 but didn’t sue until May 2013. This is especially condemnable because Parts.com seeks damages that keep growing every day, so Parts.com’s delay looks like sandbagging. Still, the court says:

Because the laches determination was exceedingly close, and because the appropriateness of laches is such a fact-specific inquiry, it is possible that Plaintiff may be able to allege additional facts sufficient to plead plausible claims to rebut this finding.

The court dismisses the other claims on Section 230 grounds. The court cites the first Jurin dismissal, another trademark owner’s keyword advertising case against Google, although oddly the court doesn’t discuss how Jurin revived his lawsuit. The dispositive fact is that “Plaintiff’s Complaint is devoid of allegations that Defendant in any way creates advertising content.” Citing Perfect 10 v. ccBill, the court reiterates that Section 230 applies to state IP claims, so the state claims are dismissed with prejudice.

Google dodged the federal trademark claims on effectively a technicality, but the court’s opinion in the Yahoo case provides a more substantive discussion of those claims.

Somewhat remarkably, the federal trademark infringement claim survives the motion to dismiss. I was floored that the court didn’t address the obvious genericness problem with the Parts.com so-called “trademark.” In the Google opinion, she suggests the mark was “at most” descriptive; here, the court says Parts.com’s federal trademark registration means it’s presumed valid. However, Parts.com got its trademark registration before the Federal Circuit and Ninth Circuit ruled that “[noun].com” is generic, so a less cautious judge might have examined the presumption of validity even at the motion to dismiss stage. Instead, the judge lets Parts.com get to discovery, which means the parties will waste a small fortune on discovery before the judge declares the “trademark” generic. Bummer.

Even though Parts.com “admitted to copying portions of the Complaint from other lawsuits’ filings for the sake of ‘describ[ing] the ways in which Yahoo commits trademark infringement,'” the court can squint enough to find a shred of allegations that consumers were confused by the keyword ads. Yahoo strenuously argued that the 2011 watershed Ninth Circuit opinion in Network Automation should lead to a dismissal now, but the court doesn’t agree.

Parts.com is probably happy that this very cautious judge survived the federal trademark infringement claim against Yahoo and gave them another chance on the other federal trademark claims. But as gentle as this judge has been on the motion to dismiss (other judges may have been more aggressive cleaning up this lawsuit early), I expect the judge won’t tolerate Parts.com’s weak litigation tactics at the summary judgment stage. Indeed, I don’t see any possible way that Parts.com can win this lawsuit. Parts.com almost certainly will have its trademark declared invalid, so they are making unwise investments in a soon-to-be-declared-dead mark. It’s frustrating the judge didn’t just put them out of their misery before they–and Yahoo/Google–wasted more money.

It’s great to see how Section 230 so cleanly mops up the typical junk claims that piggyback on what is clearly just a federal trademark dispute. I’ve had my doubts about the statutory interpretation in ccBill, and no other courts have agreed with the Ninth Circuit that Section 230 preempts state IP claims. Nevertheless, Section 230 quickly narrowed this dispute to just the core issue, saving plenty of time and money that otherwise would be spent litigating irrelevant and meritless collateral issues. It’s also a reminder that IP lawyers, especially trademark lawyers, should pay close attention to Section 230 jurisprudence. Even though Section 230 nominally doesn’t cover IP claims, the reality is that Section 230 casts a long shadow on disputes like this.
_____