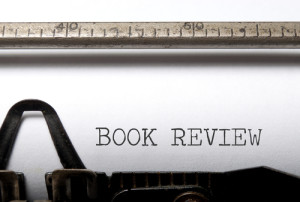 As I’ve recently mentioned, many recent Section 230 rulings involve pro se plaintiffs because most lawyers have wizened up to Section 230’s immunity. In this case, Dr. Joseph, a pro se plaintiff, brings a long list of gripes about Amazon to court. I’ll focus just on the part where he “alleges that Amazon unlawfully published defamatory anonymous reviews of Plaintiff’s books (and Plaintiff) on its website.”

The court quickly runs through Amazon’s eligibility for Section 230. Other cases have held that Amazon is a provider of interactive computer services (Corbis, Schneider), Dr. Joseph expressly alleges that Amazon “published” the reviews, and the reviews came from third parties (but see below). Thus, Amazon established its prima facie Section 230 immunity.

To overcome the immunity, Dr. Joseph argued that Amazon made the editorial decision to publish the user reviews. Citing the Roommates.com and Barnes v. Yahoo rulings among others, the court hammers that argument down:

Whether the website operator removes certain reviews, publishes others, or alters the content, it is still entitled to CDA immunity, since those activities constitute a publisher’s traditional editorial functions….Courts have repeatedly barred similar claims against websites that allow anonymous reviews or other allegedly defamatory content to be posted by third parties. [cites to Black v. Google and Kimzey v. Yelp.]

Dr. Joseph also argued that Amazon “owns” the users’ book reviews, but that’s a facial misreading of Amazon’s terms, which takes a license from users (and a similar argument was rejected by the Schneider case in 2001). He argued that Section 230 only applies to product reviews, not comments about people, which the court laughs off.

Finally, Dr. Joseph alleged that review authors were “directly associated with the Defendants and may be an employee of Amazon.” The court rejects this allegation as too speculative, especially because plaintiff provided no supporting evidence while Amazon provided a rebutting sworn declaration.

← Lawsuit Against Google Over In-App Purchases By Minors Squeaks Past Motion to Dismiss
Blogspot Gets Section 230 Win In 11th Circuit–Dowbenko v. Google →
Subscribe to Blog via Email
Categories