For years, Yelp has been dogged by allegations that it manipulates user reviews to coerce businesses to advertise with it. While businesses aren’t likely to stop grumbling about these concerns any time soon, a federal appellate court emphatically shut the door on legal claims that Yelp extorts advertisers.

This long-running case dates back to early 2010. The plaintiffs allege that Yelp extorted them to buy advertising by manufacturing negative reviews of their businesses and manipulating user-submitted reviews and ratings about their businesses. The Ninth Circuit Court of Appeals disagreed. 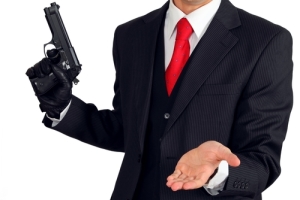 Explaining that extortion by threatening economic harm “is an exceedingly narrow concept,” the court said that the plaintiffs didn’t adequately allege extortion. First, Yelp never directly threatened businesses with economic harm for failing to buy its advertising. Second, removing positive reviews wasn’t extortion because Yelp didn’t have to publish those reviews at all. Third, publishing or showcasing negative reviews wasn’t extortion because Yelp has the legal right “to post and sequence the reviews.” Finally, the plaintiffs claimed Yelp wrote bogus reviews to punish non-advertisers, but the plaintiffs didn’t provide adequate evidence that Yelp wrote those negative reviews instead of someone else. For example, even if a business couldn’t find records matching the reviewer’s details, that doesn’t mean Yelp falsified that review (compare the Yelp v. Hadeed case, which in a different legal context gave more benefit of the doubt to an aggrieved business with similar claims).

This ruling only addresses Yelp’s legal exposure for extortion. Yelp still faces other legal attacks for its handling of user reviews, including a false advertising claim and securities fraud claims. Still, this is a satisfying win for Yelp. Although the court indicated that extortion allegations against Yelp were still possible, the court’s stringent standards make it highly unlikely that businesses will assert extortion claims against Yelp for the foreseeable future. Indeed, Yelp was so pleased with the ruling that it took a victory lap: “We are obviously happy that the Court reached the right result, and saw through these thin attempts by a few businesses and their lawyers to disparage Yelp and draw attention away from their own occasional negative review.”

This ruling also helps other consumer review websites who are regularly accused of engaging in extortion, such as Ripoff Report and PissedConsumer (see Ripoff Report’s win and PissedConsumer’s unsuccessful dismissal attempt). Consumer review websites often try to sell services to businesses that are reviewed on their websites, which creates an implicit conflict of interest that can make businesses feel like they are being extorted. This ruling ought to decisively squelch future extortion claims by those unhappy businesses.

In the district court ruling, Yelp won due to 47 USC 230 (Section 230), the law that says websites aren’t liable for third party content. The appellate court expressly sidestepped Section 230 altogether, resolving the case on the definition of extortion. While it would have been great if the appellate court had applied Section 230, in some ways this is a more helpful ruling. By defining the extortion claim narrowly, this ruling gives consumer review websites an additional defense against future extortion claims.