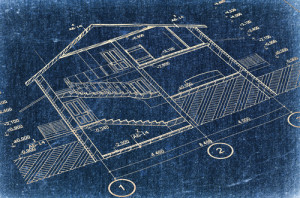 “architectural plan” by 4max // via Shutterstock

In March, a district court in Virginia examined in-depth the justifications for awarding attorney’s fees with respect to weak copyright and DMCA claims.

During the appeal process, the district court granted BCG’s motion for attorney’s fees specifically as to the DMCA copyright management information (CMI) claim because Ross “recited no facts whatsoever” to support its allegations that BCG removed copyright information from Ross’s plans.

The Fourth Circuit later vacated these attorney’s fees when it vacated the underlying award of summary judgment on appeal. On remand, the district court again granted summary judgment to the defense–this time on the basis that Ross “fail[ed] to raise a genuine issue of material fact concerning BCG’s access to the Bainbridge design.”

After its second win at the district court level, BCG filed another motion for attorney’s fees. Ultimately, the court denied attorney’s fees as to the copyright claim, but awarded them as to the DMCA CMI claim.

Award of Attorney’s Fees Inappropriate as to the Copyright Claim

The court identified and focused on four factors in making its determination as to whether to award attorney’s fees:

(i) the motivation of the parties;
(ii) the objective reasonableness of the legal and factual positions advanced;
(iii) the need in particular circumstances to advance considerations of compensation and deterrence; and
(iv) any other relevant factor presented.

Despite noting that “Ross was the party who chose to risk litigation despite the thin protection
granted by its copyright,” the court held that almost all relevant factors weighed in favor of Ross.

First, the court found that there was no evidence that Ross acted in bad faith. While conceding that contacting BCG before filing suit “might have been a ‘more appropriate response,’” the court noted that Ross had no legal obligation to do so.

Second, Ross’s legal and factual positions were not “objectively unreasonable” or frivolous according to the court:

The copyright law regarding architecture has broadened so far as to create colorable claims for copyright infringement even between homes built in the Georgian style. In light of this fact, Charles Ross’s legal and factual positions in this case, while unable to support a claim of copyright infringement, were not so objectively unreasonable as to merit an award of attorney’s fees to BCG in defending against them.

While no reasonable basis existed for Ross’s claim that BCG had direct access to the Bainbridge plans, his reliance on an inference of intermediary access was not objectively unreasonable in the court’s opinion.

The third factor also weighed in Ross’s favor. Although the Fourth Circuit instructed district courts to deter frivolous lawsuits, the court did not agree that Ross’s copyright claim was frivolous in the first place. Rather, the court actually found the dispute useful in clarifying the “intermediary access” issue:

Charles Ross’s lawsuit in fact helped more clearly demarcate the boundaries of copyright law, and thus the Court FINDS that the interests of compensation and deterrence do not favor an award of attorney’s fees in this case.

While Ross was able to avoid attorney’s fees for the copyright claim, he ended up having to pay $13,760 in attorney’s fees and other costs with respect to the DMCA CMI claim.

Ross essentially stood pat when the Fourth Circuit vacated the original fees and remanded the case–he did not contend that any material facts changed in regard to their liability for attorney’s fees incurred while defending against the DMCA CMI claim. Since BCG won summary judgment again on remand, however, the relevant factors still supported an award of attorney’s fees.

Unlike the copyright claim, the DMCA CMI claim lacked any basis in law or fact. Thus, the court held that the factors weighed in favor of awarding attorney’s fees to BCG:

As far as we can tell, the fee shift under 1203(b)(5) for a bogus CMI claim is one of the first of its kind. Note the court’s choice of words:

The DMCA claim, in fact, was frivolous and lacking any basis in law or fact. (emphasis added)

It’s unclear whether weak CMI claims will be under greater scrutiny as a whole from now on, or whether this was just a particularly egregious claim that, as the court noted, Ross did not even try to contest at all on remand. Given the rarity of DMCA fee shifting, it seems like the latter is probably true. Either way, it’s a good sign for those who dislike the “kitchen sink” approach taken by some rightsholders.

Another interesting aspect of the opinion was its biting criticism of the Architectural Works Copyright Protection Act of 1990:

Congress has foisted on the nation a system of copyrights for architectural works largely devoid of guiding principles as to what constitutes infringement, leaving to this Court the job of fleshing out what is and is not “substantially similar.”

In this case, Ross’s copyright claim was too weak to survive summary judgment but did not trigger attorney’s fees because it was not in bad faith alone. Unfortunately, the only other ingredient was legal confusion as to the boundaries of copyright law.