Polk was convicted of assaulting an 11 year old some 20 years after the event, in part based on DNA evidence. The prosecutor (@JenniferJoyceCA) tweeted about the case during the trial: 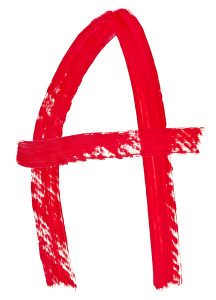 Circuit Attorney Jennifer M. Joyce repeatedly used her Twitter feed to publicly comment on Polk’s case during the critical time frame of trial. Days before jury selection began, Joyce tweeted, “David Polk trial next week. DNA hit linked him to 1992 rape of 11 yr old girl. 20 yrs later, victim now same age as prosecutor.” During trial, Joyce tweeted, “Watching closing arguments in David Polk ‘cold case’ trial. He’s charged with raping 11 yr old girl 20 years ago,” and “I have respect for attys who defend child rapists. Our system of justice demands it, but I couldn’t do it. No way, no how.” Once the case was submitted to the jury, Joyce continued, “Jury now has David Polk case. I hope the victim gets justice, even though 20 years late.” Lastly, after the verdict, Joyce posted, “Finally, justice. David Polk guilty of the 1992 rape of 11 yr old girl. DNA cold case. Brave victim now the same age as prosecutor,” and “Aside from DNA, David Polk’s victim could identify him 20 years later. Couldn’t forget the face of the man who terrorized her.”

Polk argued that the prosecutor’s comments tainted the trial. The court declines to reverse, finding that Polk failed to show “substantial prejudice” as a result of the comments. Nevertheless, the court has harsh words for the prosecutor:

We recognize that the basic facts underlying Joyce’s comments are contained in the felony complaint and probable cause statement and, as such, are part of the public record. However, extraneous statements on Twitter or other forms of social media, particularly during the time frame of the trial, can taint the jury and result in reversal of the verdict. We doubt that using social media to highlight the evidence against the accused and publicly dramatize the plight of the victim serves any legitimate law enforcement purpose or is necessary to inform the public of the nature and extent of the prosecutor’s actions. Likewise, we are concerned that broadcasting that the accused is a “child rapist” is likely to arouse heightened public condemnation. We are especially troubled by the timing of Joyce’s Twitter posts, because broadcasting such statements immediately before and during trial greatly magnifies the risk that a jury will be tainted by undue extrajudicial influences. [emphasis added]

Although I’m not a criminal lawyer, I can’t see how the benefits of tweeting about an ongoing criminal case outweigh the risks. In certain instances, it may make sense for a lawyer to be a part of a coordinated publicity campaign that fights the case in the court of public opinion, but for the typical case, it doesn’t seem worth it. This would seem particularly true for prosecutors. As the court notes, it doesn’t serve any legitimate purpose for the prosecution to publicize the trial in this manner. (See also “Texas County to Name Drunk Drivers on Twitter“.) We’ve seen a few instances of lawyers’ social media comments sidetracking a case. The Paula Deen case was one example. This is another.