May 8, 2013 · by Eric Goldman · in Derivative Liability, Search Engines, Trademark 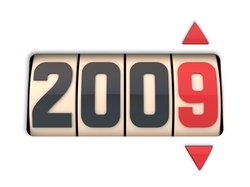 In the immediate wake of the Second Circuit’s Rescuecom ruling in 2009, about a dozen trademark owners sued Google for selling keyword ads. Google resolved each and every one of those cases, and a couple more since then, without suffering a final adverse ruling in any of them. Following its important settlement with Rosetta Stone, I believe Google now has only three pending trademark lawsuits over keyword advertising, all of which seemed doomed to me: the CYBERsitter and Home Decor Center cases, both filed in 2012 in the wake of the Fourth Circuit’s Rosetta Stone ruling, and the quixotic Carla Ison case in state court.

Earlier this week, Parts.com joined this dubious plaintiff-vs.-Google club (and it sued Yahoo for good measure). There’s nothing fancy or creative about Parts.com’s lawsuit–it’s a direct, and probably futile, frontal assault on Google’s AdWords cash cow that generates around $40B a year. Some of the interesting angles to this lawsuit:

* Parts.com is a terrible trademark, about as protectable as Pets.com (which trademark lawyers often use as a prime example of a completely untrademarkable phrase). Indeed, there’s good reason to believe Parts.com is generic following the Advertising.com, Hotels.com and Mattress.com rulings. If Parts.com doesn’t voluntarily drop this lawsuit (a surprisingly common outcome for AdWords challengers), I predict Parts.com ends this lawsuit with an invalidated trademark; similar to how American Blinds ended its Google lawsuit with fewer trademarks. I really don’t understand the business rationale for investing dollars in litigation where a likely outcome is having a judge conclude that your assets are worthless, but more than one trademark owner has asked Google to help it achieve this dubious outcome.

This lawsuit fits a trend that I’ve mentioned before: trademark owners with crappy trademarks are often unusually pugnacious about enforcing their purported trademark rights. 1-800 Contacts is my premier example of that phenomenon. Some of the “trademark” owners that have challenged Google include Home Decor Center, American Blinds, and now Parts.com. See the trend?

* Parts.com says it first contacted Google in 2007 to complain about its keyword ad sales. Trademark doesn’t have a statute of limitations, but six years is a mighty long time for this issue to fester, so I could see a strong laches defense. See, e.g., the Southern Grouts v. 3M case, where laches barred a five year delay in enforcement.

Especially perplexing is that Parts.com got its trademark registration in Sept. 2008, so if it waited four more months, its trademark should have become incontestable. Incontestability wouldn’t overcome the serious genericism problem it faces; but if you’re going to wait six years to bring a suit, why not wait a few more months to get the limited benefits of incontestability….before poking at giants who will deploy massive resources to destroy the trademark?

[I emailed Parts.com’s counsel about both of these issues but didn’t get a response.]

* I am unclear if Google broad-matches the noun in a “[noun].com” query. So, in this case, does Google deliver ad results based on just the keyword “parts” if someone does a search for “parts.com”? I’ve asked a few folks but haven’t got a reliable answer yet. If Google broad-matches this way, then Parts.com has even less to complain about. (I don’t know Yahoo’s broad-matching policy, but I’d welcome input on that too).

One final oddity: this is the second time that Google has been sued by an online parts retailer for trademark infringement due to keyword advertising (PartsGeek was the first). Selling parts online must be a pretty ugly business if suing Google is a good business decision. Parts.com claims it can prove losses of $2M due to infringing keyword advertising, but I’m calling BS on that. Based on the numbers we’ve seen in other cases, my guess is that the total value of “diverted” clicks–if any exist at all–is more properly measured by pennies, not millions.