In October, I spoke at the National Advertising Division’s (NAD) annual conference on a panel about Section 230 and advertiser liability for user-generated content (UGC). [Sorry for my delay posting this recap]. A paradigmatic example is a Facebook brand page where Facebook users post their comments on the page. When are advertisers responsible for users’ posts?

NAD is a voluntary adjudicatory body for disputes about advertiser claims. It is a popular alternative to court for disputes among competitors, and it plays an important role complementing other false advertising enforcement mechanisms such as the FTC, state AGs and consumer lawsuits. 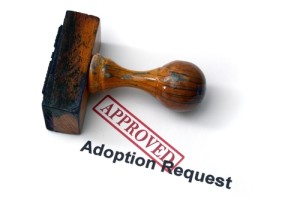 At the panel, Rebecca (Becky) Griffith, an NAD staff attorney, explained the role of Section 230 in its adjudication. The message was clear: NAD doesn’t consider Section 230 defenses. Their view is that Section 230 is an immunity from suit, and that’s outside NAD’s scope because NAD is a self-regulatory body with a goal of enhancing consumer confidence in advertising. NAD will inquire into whether the advertiser adopted the user content, either by shaping consumer behavior or by disseminating the content. If the consumer takes away the message that the advertiser adopted the user content, then the advertiser is responsible for that content in NAD’s eyes.

She gave two examples of relevant NAD rulings: (1) a case involving an advertiser encouraging viral distribution of false YouTube videos, and (2) NutriSystems, involving a Pinterest board where the advertiser needed to put a typicality disclaimer. NAD hasn’t dealt with situations where advertisers act “as just a platform.” NAD also hasn’t dealt with the situation where a brand “likes” a user’s content on Facebook, but she noted the FDA’s position that the “like” constitutes adopting the content. She said that importing Facebook comments into a brand’s own website would be “unwise.”

If false user comments are on a Facebook page, her view is that the brand is responsible. She said the outcome wouldn’t depend on whether the brand is reading the comments; but if the brand does, that would count against them even more strongly. I asked if the brand could fix the problem by posting links to corrective information, and she said that it might.

This provides useful guidance to advertisers: in court, Section 230 applies; in NAD proceedings, Section 230 doesn’t. It’s unlikely a company will challenge a competitor in NAD for UGC because most industry players have similar UGC practices and won’t want a ruling that might hurt their own practices. Nevertheless, if a company gets challenged in NAD over UGC, it may be preferable to fight that issue in court instead of trying to establish new precedent in NAD.