Is There Any Way to Cure An “Accidental” Download of Child Pornography? 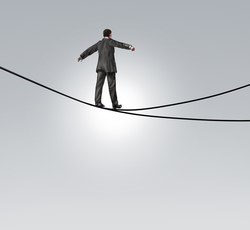 [Introductory note: this post has been percolating for quite some time, in part because of its troubling implications. The only definitive lesson–never EVER download child pornography, even accidentally–is clear. However, as illustrated below, anyone who accidentally downloads child pornography will be facing terrible choices.]

In August 2012, a Kentucky appellate court affirmed a conviction for a university student who had downloaded child pornography and subsequently tried to delete it. While the immediate case may seem straightforward, it has troubling implications for situations in which someone does accidentally download child pornography.

In October 2009, an Eastern Kentucky University student named Samuel Crabtree brought his computer to EKU’s ResNet computer services office thinking that malware had slowed down his computer. When a ResNet technician found some suspicious file names, the school contacted the campus police, who quickly confiscated the computer and shipped it to Kentucky State Police.

Crabtree admitted that he visited “shock sites” and that he had viewed some videos and still images of child pornography. He told the Kentucky state detective that the material “sickened him” and that he tried to delete them. After forensic analysis of Crabtree’s hard drive, the police found five videos and sixty-two images in some hidden files that it flagged as child pornography. Because each image or video may represent a separate violation, the grand jury indicted Crabtree on sixty-seven counts of “possession of matter portraying a sexual performance by a minor.”

At trial, the jury convicted Crabtree of sixty-five possession counts and one count of “criminal attempt to possess matter portraying a sexual performance by a minor.” He was sentenced to five years in prison for each possession count and one year for the attempt count, to be served concurrently. The crux of the case was whether Crabtree knowingly possessed the offending material.

The appeals court found that while the evidence must constitute more than mere suspicion, the circumstantial evidence in this case was sufficient to show that Crabtree knowingly possessed the child pornography.

The Kentucky court referenced multiple Ninth Circuit standards as part of its analysis. In U.S. v. Kuchinski, for example, the court imposed some sort of “download” requirement:

“a person does knowingly receive and possess child pornography images when he seeks them out over the internet and then downloads them to his computer.”

In other cases like U.S. v. Romm, however, the standard is more strict:

“In the electronic context, a person can receive and possess child pornography without downloading it, if he or she seeks it out and exercises dominion and control over it.”

The idea behind the Romm standard is that so long as the image is on the screen, the user is able to enlarge, save, print, or share the image–in essence, the damage is already done. Since the police already had evidence of the possession (i.e. the videos, images, and the confession), the next step was to prove that Crabtree “sought out” the pornography.

In this case, Crabtree’s interaction with the Limewire download software was enough to convince the jury:

Users obtained files on Limewire by typing in search criteria . . . A user would then click once on the file that he wished to download. Limewire would respond with a dialog box asking if the user was sure he wanted to download the file. The download would not commence until the user confirmed the instruction by again clicking on the “yes” button. Thus, the application gave the user two opportunities to consider whether he actually wanted a file to be downloaded to his computer.

Since Crabtree went through with the downloads, they ended up in the Saved and/or Incomplete folders on his hard drive. The court held that this information, along with his confession, meant a reasonable jury could have found that he sought out and downloaded or viewed the illegal images.

Crabtree argued, unsuccessfully, that merely viewing and then deleting the files should not constitute actual possession. The court disagreed, noting that this behavior still violated the rule in Romm:

His attempt to clean up the computer by deleting the files does not purge him of the crime committed. Rather, it clearly illustrates an attempt at a cover-up after the fact. Furthermore, as Romm holds, Crabtree had the images in his control: he could have saved, printed, or shared them before he deleted them.

The court also rejected Crabtree’s argument that the jury should have gotten an instruction regarding “temporary innocent possession.” Temporary innocent possession is a defense recognized by the Kentucky Supreme Court relating to controlled substances. It is invoked primarily in cases where, for example, parents possess illegal drugs that they recently confiscated from their children.

Dismissing a few other longshot arguments, the court ultimately affirmed the decision of the Madison Circuit Court.

Accepting Crabtree’s arguments as true, Crabtree deliberately trolled the Internet’s seedier side when he was looking for “shock” material. It is not uncommon for college students to joke about these shock sites or even try to prank their friends by passing along links to extreme pornographic material under the guise of some innocuous link. Given the “almost-anything-goes” ethos that can develop in a college dorm, it’s possible that Crabtree really did just wander into the wrong place out of curiosity–and that he tried to run away when he realized the mistake.

But he made a choice, and as this case illustrates, that choice was unexpectedly–and unnecessarily–risky. If you’re bored with the banality and ennui of listicles and Candy Crush, the solution isn’t to seek out more extreme content on the Internet. When my kids are bored, I tell them to turn off the iPad and go play outside.

In this case, the court focused on (1) the context of the search in controversy, and (2) how many “clicks” it took to download the files. The court noted that the title of the search results should have made it clear:

The filenames were explicit. They are too vulgar to be repeated in an opinion of this Court, but it is beyond dispute that the filenames clearly stated sexual content and included the ages of the children depicted in them.

(The court doesn’t cite the supporting case of US v. Beatty, where the court held that file names had predictive value about the likelihood of those files being child pornography).

File names won’t always accurately predict the file’s contents, and there’s any number of ways that an accidental child pornography download could occur. One obvious example is that the downloader assumes the pornographic file depicts only adults but, after downloading, realizes that one or more of the people depicted are minors. Now what? As this court indicates, deleting the file looks like a cover-up.

Being realistic, given the intolerable nature of child pornography that criminalizes mere possession, there is no reliable “I didn’t mean to” defense to child pornography downloading. As I have said before, child pornography is the most toxic content around because it infects anyone who touches it. This case reinforces that maxim.

If you ever have the misfortune to face a prosecution in these circumstances, at minimum, PLEASE get the very best and most technologically savvy attorney you can afford. The court stated that it would be beneficial to have attorneys who were better versed in the technical aspects of the Internet:

We note that this case demonstrates a need for technical training among legal professionals. There were several instances during the trial when it appeared that counsel for each party attempted to elicit testimony from the experts but failed because of confusion of technical terms. In this particular case, the evidence of guilt was overwhelming, but we anticipate that this communication gap could be damaging in cases with weaker evidence.

[Photo credit: businessman maintaining balance walking a high tightrope or tightwire that is split in two opposite directions // ShutterStock]