This case has sat in my blog queue for a few weeks because I’m still not sure what to make of it. I blogged an earlier ruling in this case where Perfect 10 got a surprise win upholding its non-standard way of sending takedown notices. In the subsequent ruling, Perfect 10 gives back some of its prior win, as a lot of its case is tossed due to extraterritoriality and the fair use doctrine.

Yandex is Russia’s biggest search engine and one of the largest search engines in the world. Perfect 10 is a decade-plus-long thorn in the side of most of the Internet industry. Similar to its lawsuit against Google, Perfect 10 seeks to hold Yandex liable for indexing third party websites that contain its photos. It also complains about Yandex’s site hosting and photo hosting services. 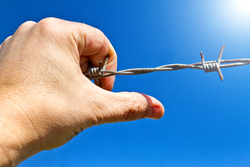 Yandex’s hosting servers are located in Russia, so their activities do not constitute direct infringement in the US. This is implicitly consistent with the uncited Shropshire case. Perfect 10 argued that Yandex causes infringing copies to display on US computers, but Judge Alsup rejects that argument:

display of a copyrighted image anywhere in the world [doesn’t] create[] direct copyright liability in the United States merely because the image could be downloaded from a server abroad by someone in the United States. Such a principle would destroy the concept of territoriality inherent in the Copyright Act for works on the internet.

For a short period of time, Yandex operated servers in the US that hosted photo thumbnails. The court excuses those copies from direct infringement on fair use grounds, citing Perfect 10 v. Amazon.

Perfect 10 also argued that Yandex committed secondary infringement by displaying full-sized in-line linked third party photos. Using unspecified geo-location tools, Yandex showed that about 50k of about 64k URLs identified in Perfect 10’s takedown notices came from services outside the US. The court says Yandex isn’t liable if those third party websites are infringing because any infringements occur outside the US. The court doesn’t expressly say it, but the court treats the “geographical locus” of infringement as occurring where the photo’s server is located, not the location of the downloading user, so the US users accessing those foreign websites are not committing any infringement (or at least, none that Yandex is liable for). This result is consistent with the uncited Flava Works case, but it has some implicit tension with Cablevision and its progeny that treat users, not servers, as the actors who make the copies.

The result of this ruling is that Yandex eliminated about 80% of the items Perfect 10 asserted were infringed. Still, that leaves ~13k items still in play for the forthcoming trial. (I’m ignoring the high likelihood that Perfect 10 will appeal this ruling). If Perfect 10 wins the trial and can claim statutory damages (I’m not sure it can), its minimum award is ~$2.5M–and could be many times that if the judge hammers Yandex, though I doubt that. So even a successful ruling like this still leaves Yandex with non-trivial exposure.

Even though I have no sympathy for Perfect 10, in light of this ruling, I’m still curious if it has any realistic way to redress the 51k items that the court said were extraterritorial. Could Perfect 10 win a copyright infringement suit in Russia against Yandex? Even if it could, is such a suit financially and logistically tenable? SOPA/PIPA were designed to provide recourse against extraterritorial infringement, though I’m skeptical a site as big as Yandex could have been cut off as a rogue website.