This ruling is a legal victory for U.S. consumers, who should see cheaper prices in the short run.  This ruling is also a win for museums, libraries and other institutional collectors of copyrighted works, who face less risk now when acquiring copyrighted works (especially those initially sold overseas).  Still, amidst the good news, it’s impossible to ignore the rapid and probably irreversible demise of copyright’s First Sale doctrine, meaning this legal victory is likely short-lived at best.

In 1998, the U.S. Supreme Court decided Quality King Distributors, Inc. v. L’anza Research Int’l, Inc., 523 U. S. 135 (1998), holding that a copyrighted item manufactured in the U.S. and initially sold outside the U.S. could be legally imported back into the U.S. pursuant to copyright’s First Sale doctrine (17 U.S.C. 109) and without violating the copyright owner’s importation right (17 U.S.C. 602).  The Quality King court expressly declined to resolve the much more common situation where the copyrighted item was initially manufactured overseas and then imported into the U.S.

That well-known issue has remained legally ambiguous for 15 years.  The 2010 Costco v. Omega case squarely raised the issue, but the court deadlocked at 4-4 (Judge Kagan recused) and didn’t definitively resolve the issue, necessitating the court to revisit the issue just 3 years later.  The legal interplay between the First Sale doctrine and the importation right vexes the courts because Congress’ poor statutory drafting supports at least two different but equally plausible interpretations of its language.  Courts often produce inconsistent results and split opinions in those situations.

The Kirtsaeng court concluded that Quality King didn’t apply only to copyrighted goods manufactured domestically.  Instead, copyright’s First Sale doctrine–allowing the unrestricted resale of legitimate copyrighted goods after they are first sold into the market–applies regardless of where the goods are initial made or sold.  This means copyright owners can’t prevent goods sold in cheap markets from competing with the same goods sold in higher-priced markets.  With the emergence of efficient online retail markets such as eBay ($EBAY), a textbook publisher who sells a low-priced book in Thailand won’t be able to sell the same textbook in the U.S. market for a much higher price.  The pricing gap will allow arbitragers to buy the books in Thailand, resell them via eBay or textbook e-tailers, and still make a profit even after shipping and taxes.  Thus, a copyright owner’s trans-border price competition with itself will jeopardize the now-common international price discrimination schemes.

Why the First Sale Victory Will Be Short-Lived 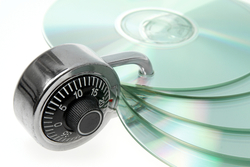 Don’t cry for publishers just yet.  Copyright’s First Sale doctrine has become increasingly less useful to consumers over the past couple of decades due to changes in technology and business practices, and I anticipate this ruling will accelerate the trend.  Some of the ways publishers may strike back without seeking any changes to the law:

In addition, copyright owners might assault the First Sale doctrine legislatively.  One possibility is that publishers will simply ask Congress to statutorily reverse the Kirtsaeng opinion.  More likely, publishers will advance their interests via negotiations over international treaties or Free Trade Agreements (FTAs).  Coordinated special interests can game international negotiations more easily than Congress–the publishers have direct financial payoffs from participating in the process, while the interests of consumers, libraries, museums and other “buyers” are more diffuse.  Anticipate more publishers showing up at the negotiations, and don’t be surprised if publishers overturn the Kirtsaeng decision without ever approaching Congress directly.

So, as a content consumer, enjoy the upcoming price competition while it lasts.  The First Sale doctrine is dying rapidly, and we as consumers are becoming poorer as that happens.

* In 2010-11, the Ninth Circuit issued a troika of First Sale doctrine cases: Vernor v. Autodesk, MDY v. Blizzard, and UMG v. Augusto. In my opinion, the net effect of these cases was irresolute.