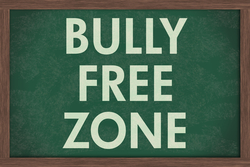 Last April, Minnesota became the first state in the U.S. to introduce anti-trademark bullying legislation with the proposal of H.F. 2996. The proposed “Small Business Trademark Protection Act” had a whole host of problems, in particular a mandatory alternative dispute resolution mechanism if one party opted to request it, as discussed by Steve Baird over at DuetsBlog. Perhaps this explains why the bill went nowhere after its introduction, and why Representative Peppin’s recently proposed HF 1116 does not include this dispute resolution mechanism.

Although I applaud Minnesota’s attempts at addressing the very serious issue of trademark bullying, and I am generally in agreement that we need some sort of statutory answer to trademark bullying, neither versions of the proposed laws quite hit the mark. The current version provides a fee-shifting provision:

The court in exceptional cases may also award reasonable attorney fees to the prevailing party. Exceptional cases include cases where a party brings suit for harassment, malicious, fraudulent, or willful purposes, including trademark bullying.

The proposed law also defines “trademark bullying” for the purposes of this fee-shifting provision: “the practice of a trademark holder using litigation tactics in an attempt to enforce trademark rights beyond a reasonable interpretation of the scope of the rights granted to the trademark holder.”

While I am all for educating the public about what is and what is not trademark bullying, I don’t think that the term “trademark bullying” is actually needed in this fee-shifting provision. I think that fee-shifting is generally a good idea overall, and I worry that labeling the activity with the controversial term will produce another stalemate on the legislation. I’m also not particularly a fan of the proposed definition in part because “litigation tactics” seems so unclear (and in the interests of full disclosure I have proposed my own definition of trademark bullying). In addition, the use of the term “prevailing party” probably duplicates the problems with obtaining attorney’s fees under Section 34(a) of the Lanham Act, especially in cases where the trademark bully decides to voluntarily dismiss the case – with or without prejudice.

Overall, bravo to Representative Peppin and Minnesota for continuing the fight against trademark bullies, but I am doubtful that this new version will go anywhere, especially as Steve Baird reported on DuetsBlog that no hearings on the bill will be scheduled until next year.